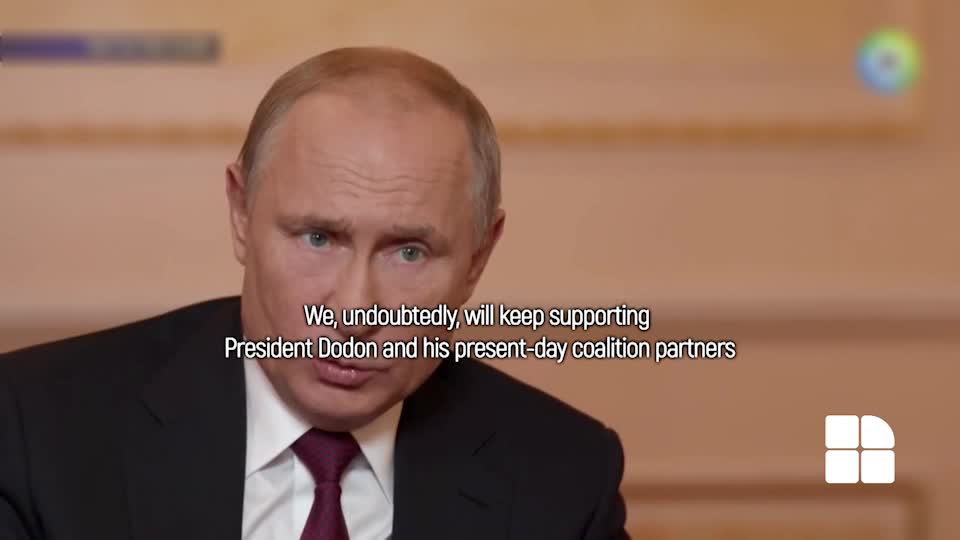 Russia gradually takes over Moldova, supported by one of its openly devoted politicians, Moldova's pro-Russian president Igor Dodon, under the kindly eye of PM Maia Sandu, who apparently is aware and possibly consents to that political conspiracy or maybe even supports it, despite her pro-EU commitments.

According to Putin, "what President Dodon and his former opponents from what can be called the pro-Western parties have done now is a step towards building a capable, civilized and modern-day state."

In turn, the former leader of the Moldovan Socialists Party and the present informal leader of PSRM and the president of the country, the pro-Russian Igor Dodon, never hid his real sympathies towards the Russian Federation and he always pleaded for a strategic partnership between Moldova and Russia. Moreover, Dodon accuses the United States of using Moldova in their confrontation with Russia.

DODON:"The United States and the European Union are using our country - the United States more - in their political confrontation with Russia, and the leadership of our country and the Parliamentary majority play along. All sort of declarations and actions, they expelled foreign diplomats from Moldova. They expelled 3 diplomats, though there was no need for such an action. Of course, in a situation like this, it is very difficult to observe one’s neutrality."