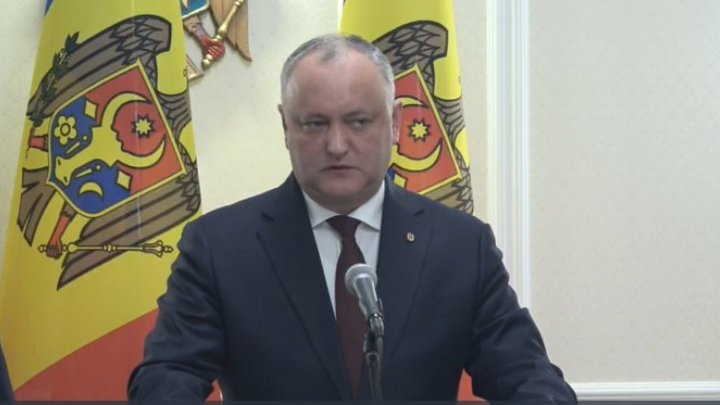 President Igor Dodon does not rule out a PSRM-PDM alliance. In the show "Preşedintele răspunde", Dodon pointed to three scenarios of evolution of the political situation in Moldova:

1. In the absence of a stable parliamentary majority, the Chicu Government will continue its activity as a minority government

2.  A coalition between PSRM and PDM should not excluded.

The third scenario will not help Moldova, President Dodon said.

"It's not a problem for the Socialists to organize the snap elections. But it is for Moldova. Problems could appear and 70-80 million lei could be spent on these. Why wants early elections? Maia Sandu, because she's left out of Parliament and wants to return. Şor wants to destabilize the situation, "Dodon said.

The President assured Chicu would hold the position of prime minister at least till the end of this year in any scenario.

"I want him to be prime minister by 2023. Generally this government is professional, I think. You need to change a few ministers", Dodon stressed.