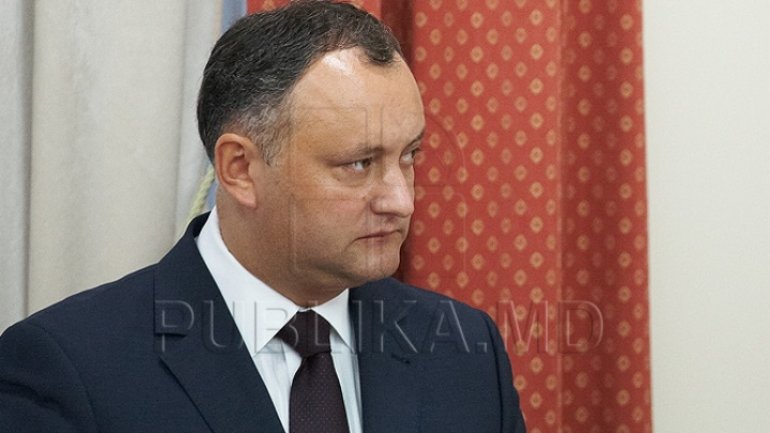 President Igor Dodon uses any opportunity to expose himself against Moldova’s external policy of European integration. This contravenes categorically to the views of the government and Moldovan citizens.

This is the stand of the Democratic Party from Moldova, exposed at a briefing by the party’s spokesman, Vitalie Gămurari.

The statement the President made as to the Eurasian Economic Union has no legal support because of the simple reason that Moldova’s foreign policy is implemented by the Government and Parliament.

The foreign policy flows from Moldova’s international commitments, including the Association Agreement signed with the European Union three years ago," said Vitalie Gămurari.

According to the spokesman, the benefits Moldova has in the wake of the deal with the EU are clearly seen, as are the cooperation this country has with the European partners.

PUBLIKA.MD reminder: Igor Dodon has called a sitting of the Supreme Security Council today to broach the expulsion of five Russian diplomats.