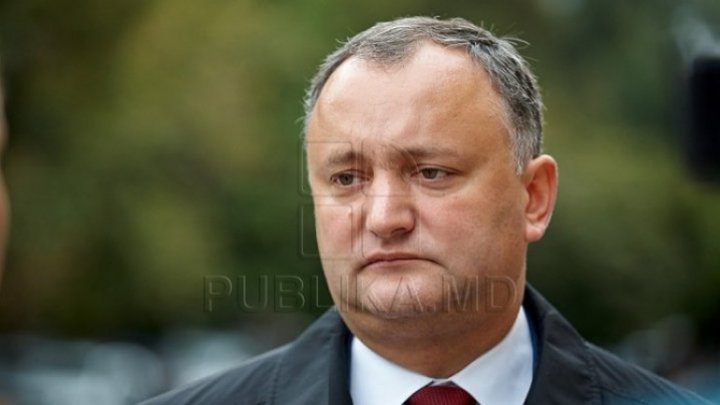 Igor Dodon sees no problem in the fact that Moldova has obtained observer status within the Eurasian Economic Union on its own initiative without the consent of the Government or Parliament. The head of state said at a press conference that the document does not contravene the agreements signed with the European Union.

"I mentioned the law is not violated. We have the agreements signed with the European Union that do not contradict the observer status. Moreover, not a party, not a head of state, not a prime minister, not the president of Parliament has to decide which is the vector of the Republic Moldova, "said Igor Dodon, president of the country.

But Dodon is contradicted by constitutionalists. According to the legislation, any foreign policy document must be approved by the Parliament and the Government, otherwise it has no legal power.

"The head of the active state can not be isolated without any coordination of its external actions with the Government and without the Parliament. That until it's from utopia domain. There is no legal document that would prove that the Republic of Moldova has requested and that it has been granted observer status, "said Nicolae Osmochescu, constitutionalist.

At the press conference, President Dodon also referred to the EU aid.

"I think we need to have good relations with everyone. I want to thank the European Union for the support they have given us in these years," Igor Dodon, president of the country, said.

The President of the Parliament criticized the step taken by the head of state. Andrian Candu said that, in fact, Igor Dodon and PSRM are those who have been granted observer status, not the Republic of Moldova. The head of the legislature said that the European path is the only strategic option of state development, which will also be included in the Constitution.