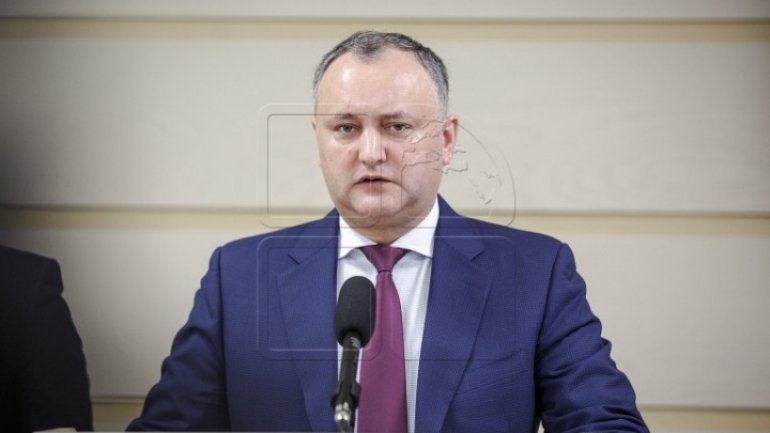 Although Venice Commission experts did not endorse the Moldovan President’s initiative to change the Constitution, Igor Dodon insists on it.

He says a referendum he planned for September 24 to ask for more powers, including to fire the Parliament, will be held anyway.

"I will insist it takes place because it’s a consulting referendum. We’ll see what is the citizens’ opinion and decision. I am certain it will be positive, and then we’ll find the best formula to enable the President to dissolve the parliament and call snap elections," Igor Dodon stated.

Later in March he triggered a referendum on four issues: expanding the President’s powers, cancelling the law on turning bad loans into a public debt, introducing Moldova’s history as a school subject and decreasing the number of MPs from 101 to 71.

On Friday, the Venice Commission said Igor Dodon’s intention was unjustified since his powers are clearly outlined in the Constitution.

Such a referendum would cost MDL75 million.