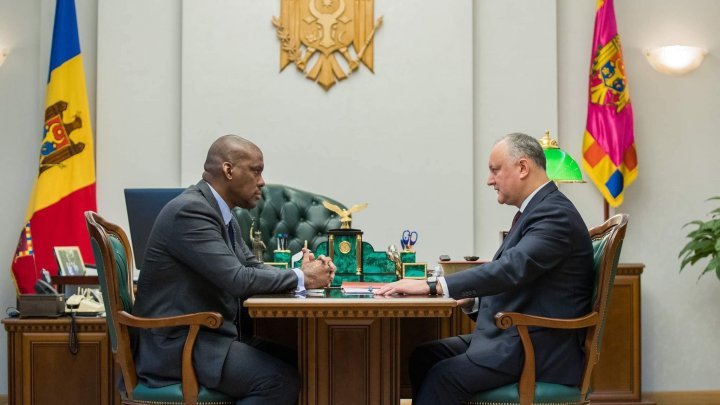 The head of state Igor Dodon had a meeting today with the US Ambassador to Moldova Dereck J. Hogan.

"We discussed the actual subjects regarding the internal affairs of Moldova. In the context, I informed the Ambassador of the risk that the Government might fall", Igor Dodon wrote on his Facebook.

"I highlighted the fact that the Presidential Administration opts for the political-social stability but I consider all the political forces need to respect the constitutional framework without violating the principles of the state of law", quoted the message of president.