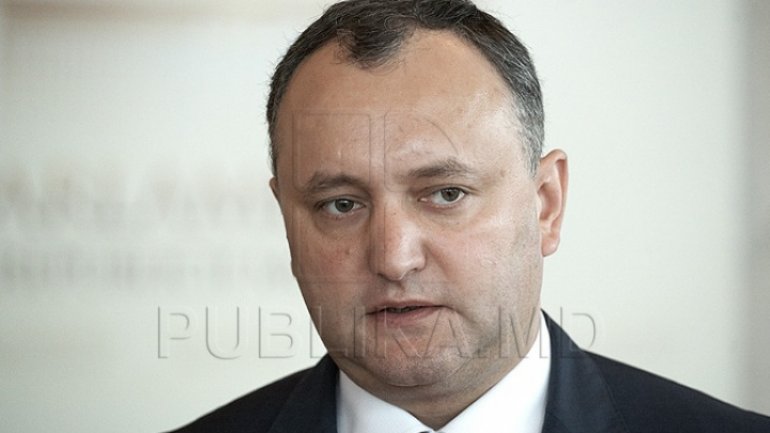 Igor Dodon has repeatedly stood up against opening the NATO liaison office in Chişinău. He says it’s a mistake and will hinder the settlement of the Transnistrian conflict. He said this at a briefing on his visit to Brussels, where he had met NATO’s deputy secretary general.

"This is not going to improve the negotiating process in settling a problem, extremely important for us, as the Transnistrian issue. Do not hurry! You’ll open it this year, we’ll close it next year!" stated Dodon.

In Brussels, he invited some European officials to Chișinău: "Some of them have responded positively, they have to come here and see for themselves what’s happening."

The President says experts from Rosselkhoznadzor and Rospotrebnadzor will come to Moldova next week to check up companies that may start exporting goods to Russia later.