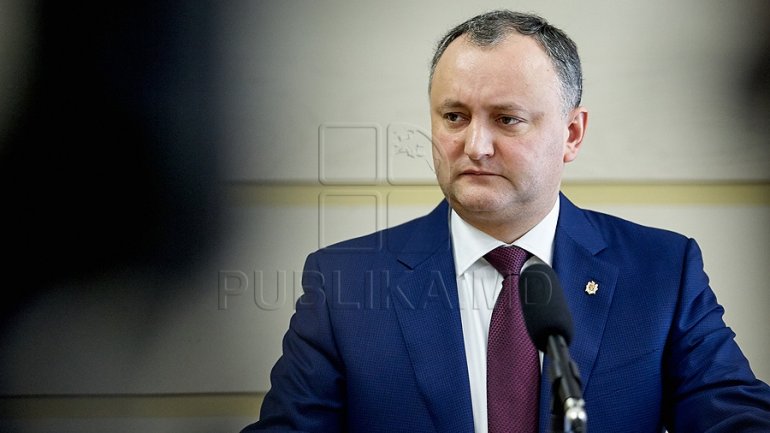 President Igor Dodon is cross with not being notified on the expelling of the Russian diplomats from Moldova. He claims the decision to expel those five officials was groundless.

Yet, the Foreign Ministry insists everything was legal.

"Why and to whose interest does the SIS (Intelligence Service) say nothing? And the Foreign Ministry expelled the Russian diplomats on the basis of the SIS’ information. It’s more about political reasons in taking this decision," Igor Dodon said.

"Everybody has expressed themselves on this decision: the Premier, the communique of the Foreign Ministry, I have no other information. Why this decision was taken. Because, as the Prime Minister said, there were grounds," said Foreign Minister Andrei Galbur.

Last week, Prime Minister Pavel Filip asked the civil servants not to speculate on the expulsion of the Russian diplomats, insisting one took into account the country’s interest in doing so.

Media wrote Aleksandr Grudin, the deputy of the military attaché at the Russian Embassy to Chişinău, was among the non grata persons.

His name became known after the detention of former law-maker Iurie Bolboceanu, indicted for espionage and betrayal of fatherland.

According to prosecutors, Bolboceanu and Grudin were plotting a conspiration.