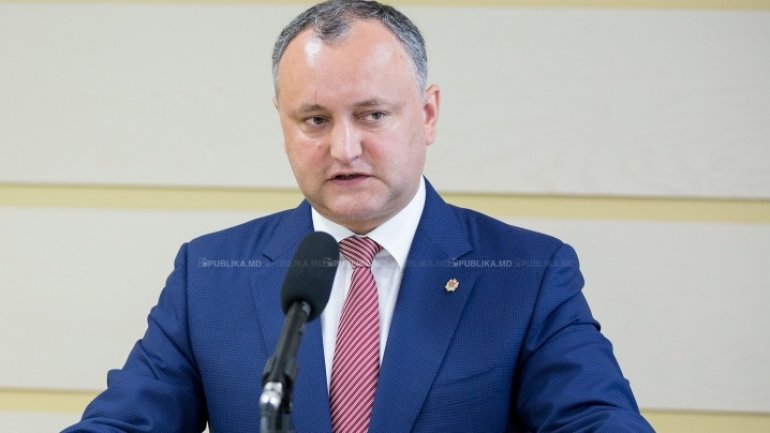 President Igor Dodon asks NATO not to hurry and open the office in Chişinău, due to be inaugurated in March. The President has made the request tonight as he visited the NASTO headquarters in Brussels.

Dodon maintains that opening the NATO office could harm the settlement of the Transnistrian conflict.

Earlier the President had stated he would ask for scrapping the deal on opening the NATO liaison office in Chișinău. He also stated he intended to ask NATO to publicly recognize Moldova’s neutrality status and ink an agreement in this respect.

In November 2016, Premier Pavel Filip and NATO secretary general Jens Stoltenberg signed, in Brussels, an accord on opening the NATO liaison office in Chișinău.

Moldova has cooperated with NATO since it had declared independence in 1991, when this country had become a member of the North-Atlantic Cooperation Council.