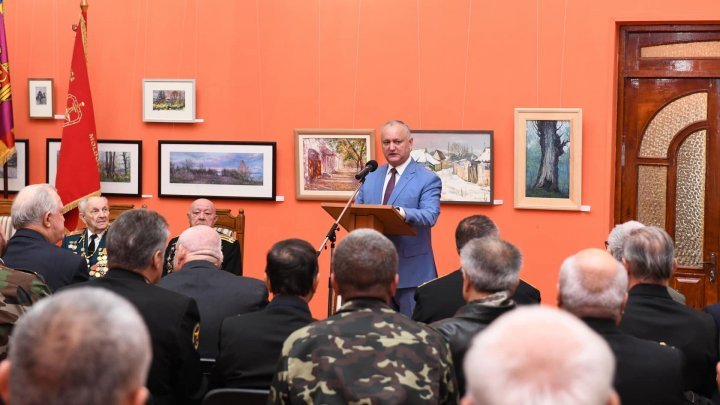 Moldova's President Igor Dodon wants to open a new museum in which he places a war flag he received from the Russian Defense Minister Sergey Shoygu during his visit to Moldova on August 24. Dodon said the new museum would replace the Soviet Occupation Museum, which now needs to be closed.

The statements were made in Russian, during a ceremony, held on the occasion of the 20th anniversary of the Union of Officers of the Republic of Moldova, an organization led by the presidential adviser, Victor Gaiciuc. The event took place at the Center for Culture and Military History in Chisinau on October 19.

"We need to make a good museum, a normal history museum. One of the the things should be found there is the war flag which Shoygu handed us", said Igor Dodon.

The Soviet Occupation Museum was opened in 2015 at the Center of Military Culture and History of the National Army. It exhibited proofs of the Soviet occupation. The exhibition comprises over 20 thousand museum pieces including photographs, documents, objects dating back to the Soviet occupation period. The exhibits were collected by the Military Museum employees from the citizens of the Republic of Moldova.