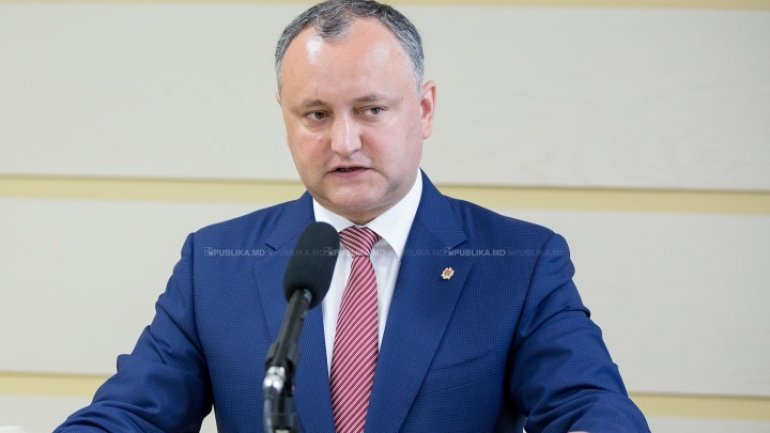 Declarations with rather an electoral tint, than a political one. This was the qualificative given by the presidential spokesperson, Ion Ceban, for the fact that the PL leader Mihai Ghimpu intends to impeach the head of state Igor Dodon.

At the same time, the spokesperson mentioned that these declarations are an attempt to rehabilitate the political rating of PL leader gained during the years as a result of actions contrary to citizens and own electors' expectations.

Regarding the initiative of organizing the republican referendum on impeaching the president Igor Dodon from the position of head of state, we are answering Mihai Ghimpu and all persons with the present governance that the country president is always ready to come for the political trial in front of citizens.

PUBLIKA.MD reminds that Mihai Ghimpu declared that the Liberal Party intends to impeach the country president Igor Dodon and wants to organize a referendum in this regard.