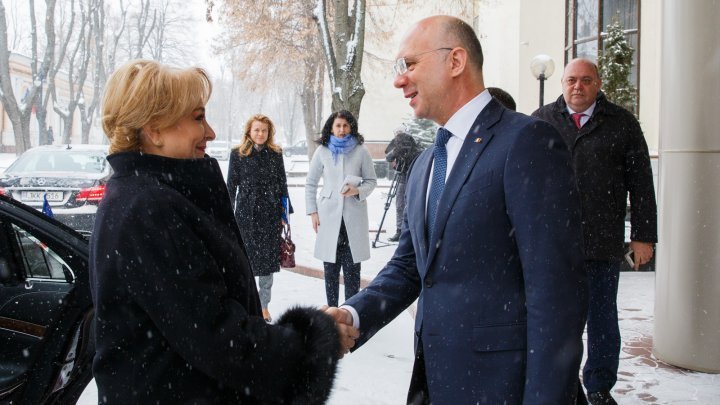 Prime Minister Pavel Filip appreciated the visit of his Romanian counterpart which was his second abroad visit after the first one in Brussels. Moreover, the Moldova official expressed gratitude for messages about Moldovan domestic situation which Romania promoted in bilateral formats and in Brussels.

"Romanian has been and always remains a strategic partner and a consistent supporter of pro-European reforms Moldova has undertaken", stressed the Premier Pavel Filip.

Romanian Premier, in turn, remarked the relation Moldova - Romania to be special.

During a bilateral meeting, officials have reviewed the ongoing projects and identified initiatives to advance bilateral cooperation and the European agenda.

Accordingly, Romania remains the main trading partner of the country, the volume of bilateral trade exceeded 1.3 billion dollars last year. Moreover, Romanian investors accounted the majority in the foreign enterprises operating in Moldova. In this context, Prime Minister Pavel Filip welcomed the arrival of Banca Transilvania on the Moldovan market.

Furthermore, Premier Pavel Filip recalled the successful projects financed by Romania such as kindergartens repair, transports for schools, scholarships, renovation of the Organ Hall and the National Art Museum of Moldova.

Prime Minister Pavel Filip also mentioned the importance of the joint meetings of the Moldovan and Romanian Governments for the further development of bilateral relations and announced the organization of a new meeting of the two officials in Chişinău.