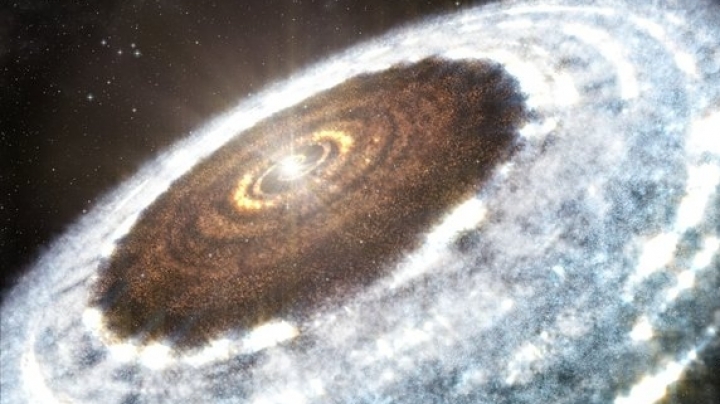 For the first time, astronomers have caught a glimpse of the water snow line around a star — the point in the young star's orbiting disk of debris where snow and ice first appear.

Normally, that boundary huddles too close to the star for astronomers to see it, but this particular star had a sudden burst of brightness that superheated its disk, obliterating ice further out than usual.

Researchers are excited to spot their first stellar snow line because of the vital part it plays in the formation of planets around young stars: The rocky section forms planets like Earth and Mars, while the snowy outskirts sprout gaseous worlds like Jupiter and Saturn.