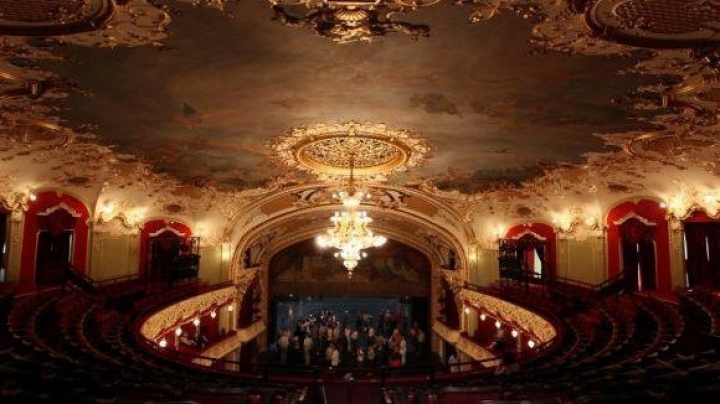 Premiere at the National Theatre “Vasile Alecsandri” in Balti. With the occasion of 25 years of independence, the actors have prepared the play “Wake up Ion”. The main character impersonates the Moldovan nation, which slept for more than 200 years. Through this play, the stage director Ion Marcoci advises people to wake up and get involved in the country’s fate.

The actions are happening in 1912 and in the present. The main character is Ion, a yeoman who went to sleep on his wedding night and woke up after 200 years, a period in which his wife raised two kids and managed the household.

“We are all Ion. We are all fighting for our country and we rejoice over it. Those who are leaving, are doing it in order to make it beautiful, those who stay are doing it to maintain it, so it won’t fade away” said Radu Tabarcea, actor of theatre “Vasile Alecsandri” in Balti.

Through this performance, the stage director showed both the nation’s desires and its problems.

“We have to wake up once, to decide our faith. To change, to become better, wiser, and more hard-working” declared Ion Marcoci, stage director.

The spectators were amazed by the actors’ performance

The play “Wake up Ion” will be performed at the Theatre “Licurici” in Chisinau. On 17 September 2016 the play will be presented during the Reunion of National Theatres, which will take place at the National Theatre “Mihai Eminescu”.