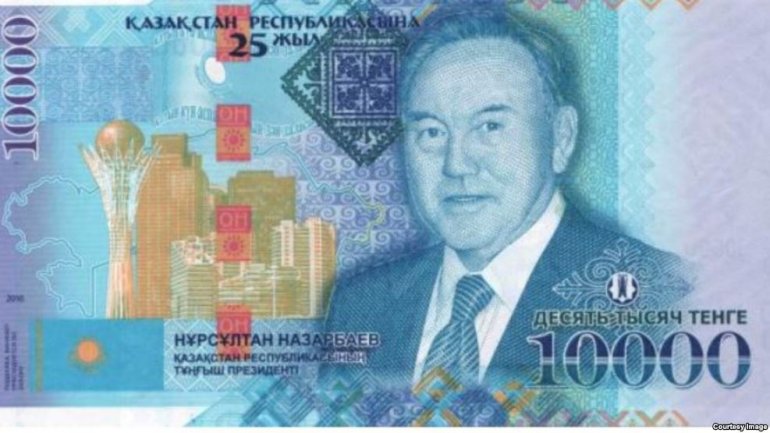 Kazakh President Nursultan Nazarbaev is set to feature on new banknotes in the Central Asian country.

The National Bank of Kazakhstan said on November 15 that new 10,000-tenge($30) banknotes featuring the portrait of the 76-year-old leader will be put into circulation on December 1, in time for a holiday celebrating his leadership.

Nazarbaev, officially known by the title "leader of the people," has led Kazakhstan as president since independence in 1991, extending his tenure through a series of constitutional changes and elections in which he has faced only token opposition.

The president is the subject of a personality cult, with the capital, Astana, having a museum in his honor and a university named after him.

The Day of the First President of the Republic of Kazakhstan, December 1, marks the date on which Nazarbaev won Kazakhstan's first independent presidential election in 1991, RFERL reporting.