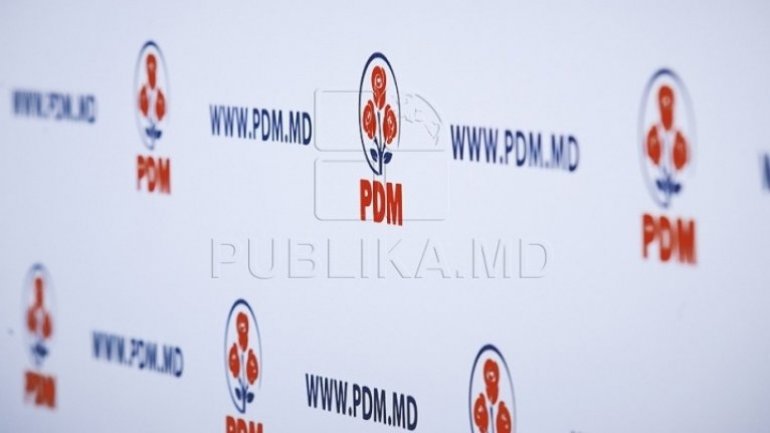 The Democratic Party approved the Code of Ethics and Integrity for its party members. The decision, was taken yesterday, April 12th, at the meeting of the Political Council of the Democratic Party is a first for all parties in Moldova. The Democrat leader Vlad Plahotniuc announced that a resolution was approved at the meeting, that reaffirms that the PDM will reform the political class in the country by introducing the uninominal voting system.

"On April 12th, the vice-presidents of the party have been chosen, the general secretary of the party and the composition of the Executive Council of the party, but also the composition of the Permanent Bureau of PDM and the structure of the new organization of the Democratic Party. As of today, PDM has its own Code of Ethics and Integrity. It is a first for all political parties in Moldova.The National Political Council of the Party has adopted a resolution in which PDM reaffirms its willingness to reform the political class in Moldova through the uninominal voting system and remove parliamentary immunity. PDM is part of the reform of the political class, rules that we hope will be taken up by other parties in our country" , said President PDM.

The PDM deputy Andrian Candu said that the party will stop the political support of members who are part of a criminal trial.

"The second document voted is the code of ethics and integrity of the party. We consider it important that the party will cease to politically support those party members who are part of a trial for corruption or other offenses committed intentionally. The party will penalize those who work in the institutions lead by spouse and first degree relatives. The party members who are sentenced or convicted for conflicts of interest" , said Vice-president of PDM, Andrian Candu.

Pavel Filip has spoken about the reform agenda of the Government.

"We had the opportunity to discuss the Government's activity because it is part of the political power in Moldova. We talked about all other important reforms: in the justice sector, the fight against corruption. Therefore the conclusion is: we get more and more critics in the society, as we get further and further in the results. But if we talk about the fight against corruption in this period we managed to do what couldn't be done for many years in Moldova. My request was and is to communicate more about the role of these reforms and the results you expect" , said Pavel Filip.