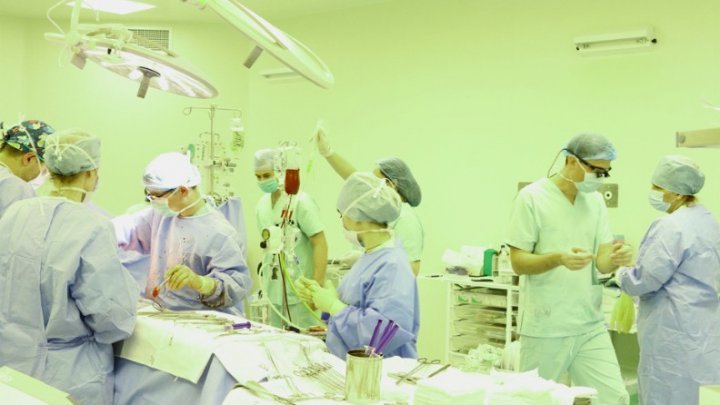 Sabrina Rău turns nine years old but already has to fight for her life. She's suffered from a very rare liver disease for half a year. Liver transplantation is her only chance to survive.

Her mother was the first one willing to donate organ, unfortunately her liver was not compatible.

Her other relatives refused to help her. Luckily, a stranger decided to give her a hand.

The surgery which is a premiere for our country has been performed. We're waiting for signal of the girl's recovery.

Volunteer Cristina Mastac is the one who has been actively involved in looking for a donor for the little girl.

"Six people came to the Transplantation Agency and passed compatibility analyzes. Two persons were found compatible but one of them refused eventually", said the volunteer.

The donor first saw the girl with her situation on social network. He, insisting to be anonymous, said he would like to give a voice only after the girl recovers.

He has two children of three and five years old. He's the only one earning money.

"He said when he haw photo of Sabrina, he knew he wanted to be her donor and his liver would belong to her", said volunteer Cristina.

Sabrina was hospitalized seriously in October.

"She has suffered since the summer, her father said the girl didn't eat. She was sleepy and had unclear behaviors", said Gheorghe Hîncu, transplant coordinator at IMC.

Doctors of Republican Clinical Hospital along with Romanian colleagues performed the surgery.

Sabrina has Budd–Chiari syndrome, a very rare condition, affecting one in a million adults. The condition is caused by occlusion of the hepatic veins that drain the liver. It presents with the classical triad of abdominal pain, ascites, and liver enlargement.

Although the surgery is successful, doctors are unsure to predict the situations. Everything now depends on how her body reacts to the new organ.

For 30 years, three children in Moldova were registered with Budd-Chiari syndrome.