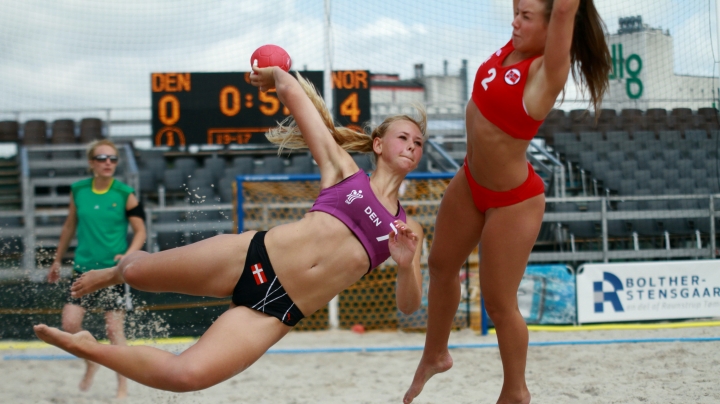 Moldova’s Cup in beach handball has been played for the first time in Chisinau.

12 teams have competed. Unlike the classic handball, in which the team has 7 players, there are only 4 players in the beach handball.

The male tournament has been won by Olimpus-85, who has defeated the squad of the Sportsx University.

The female competition has been won by the team from the specialized handball school, who has defeated the team Tarpan.

The winners have taken the cups and medals.