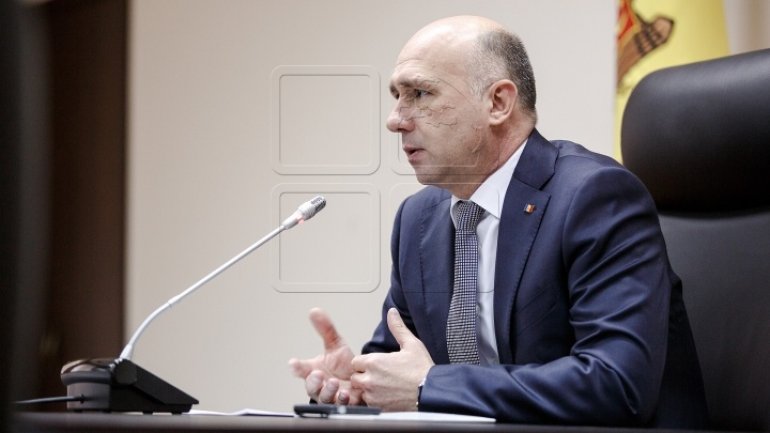 Igor Dodon has started maladroitly in his position of a president and has come up with a populist proposal. That’s premier Pavel Filip;s response to the president’s legislative initiative as to considering as state debt the bad loans issued by failed banks back in 2015.

At today’s sitting of the Cabinet, Pavel Filip has underlined that earlier the Constitutional Court had ruled the law was constitutional, in response to a notification from the Socialists Party Igor Dodon was part of.

Secondly, the prime minister went on, the law is a consumed legal act and one cannot return to it.

"I have a statement to make to the citizens: this category of politicians, who a populists, come here to deceive you, come to generate false expectations, because the truth is quite other,” he said

Pavel Filip maintains Moldova had more to gain by adopting that bill.

”Had we not passed that law, we would not have got those 60 m euro from Bucharest, nor those $35 m from the IMF,  nor those EUR45.3 m from the EU for programs already approved of, nor those $45 m from the World Bank, as all this money is on the Finance Ministry’s accounts already. This money is more than MDL4 bn. This money means roads, kindergartens, schools, social projects for citizens, first of all.”

Over EUR45 m come from the EU as a grant.

Pavel Filip has again called on President Dodon to cooperation to solve the citizens’ issues: ”I proposed a constructive cooperation. We can cohabitate with the president: I would like a cooperation.”

The two officials had their first meeting last Monday and discussed about cooperation.