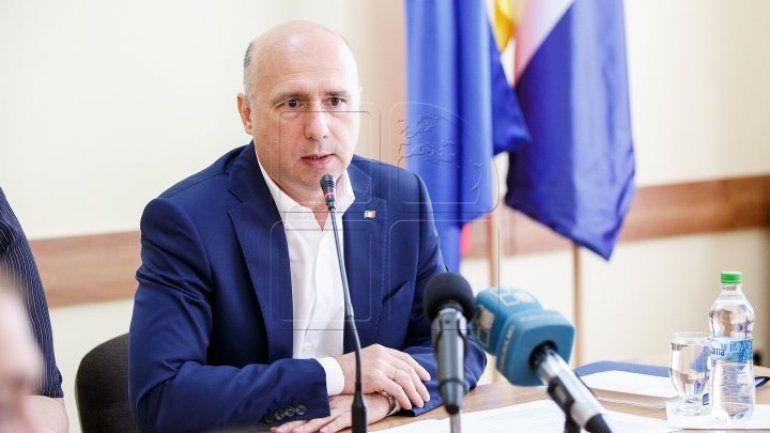 More than 170 localities of 19 districts in the country are left without power supply due to heavy snow. Electricity disconnection also caused five border crossing points to ease activities. Premier Pavel Filip convened the meeting of the Commission for Emergency Situations to discuss the situation in the country.

Pavel Filip urged urgent measures to be taken to reconnect the power supply in the localities.

"Union Fenosa reduced all emergency services and has fewer teams. In snow storm last year, we had serious problems with blocked streets. I think it took us a month or even more to reconnect all power supply in localities. It's impossible in the 21st century".

Three crisis cells to monitor the roads were created at the request of the Government, in the North, in the Center and in the South of the country.

Several trucks have been stuck on the streets due to heavy snow. According to the General Inspectorate for Emergency Situations, a grain-filled car was bogged down near Moscovei village in Cahul district.

Other seven trucks were stopped by police officers in Giurgiuleşti district. Minister of Economy and Infrastructure, Chiril Gaburici, said that they are working urgently to clean the roads.

"We have had some difficult situations, for example on the part of the road Bălţi - Criva. One of the most serious problems is the trucks are not equipped with winter tires. Less grave situation is found on some parts of Chisinau - Leuşeni road, "said Premier Pavel Filip.

According to the State Road Administration, more than three thousand tons of anti-skid material have been scattered on the country's routes, with 330 technical units and more than 300 workers involved.

Last night, the police are monitoring the situation on the routes.

At the same time, Pavel Filip asked for more actions from the responsible authorities to support people in emergency situations.

"We have to ensure all ambulances to reach all places, particularly where we could not reach in the past", said Premier Pavel Filip.

Unfavorable weather also interrupted activities of over 47 educational institutions. In addition, 10 kindergartens have eased the transportation of children.

At Chisinau International Airport, six flight delays on landings and two delays on takeoffs because of heavy snow.

According to meteorologists, the orange warning of snow will be valid until tonight. In the coming days, temperatures will increase and it will snowy sometimes.