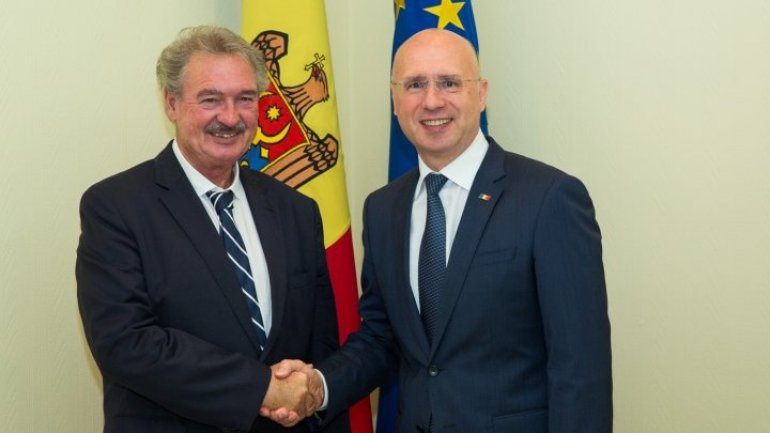 During the talks, officials noted the dynamic and ascendant dialogue between the two states, stating for the continuity of the friendship and political support between countries.

At the same time, Prime Minister Pavel Filip informed Minister Asselborn the reforms promoted by the Government and its main purpose to strengthen the capacities of state institutions.

"There is the ability to develop Moldova. We have undertaken an ambitious reform designed to increase citizens' welfare. At present, we are focusing on reform implementation," said Pavel Filip.

Another topic discussed at the meeting is to settle the Transnistrian conflict, which is not supposed easy in Premier's opinion. Among the efforts enhanced to ensure region citizens' convenience are international traffic access, study diplomas postulation, telephone network interconnection.

In turn, Minister Asselborn said that Luxembourg supports Moldova in achieving the European integration objectives and supports the reforms promoted by the Chisinau Government.