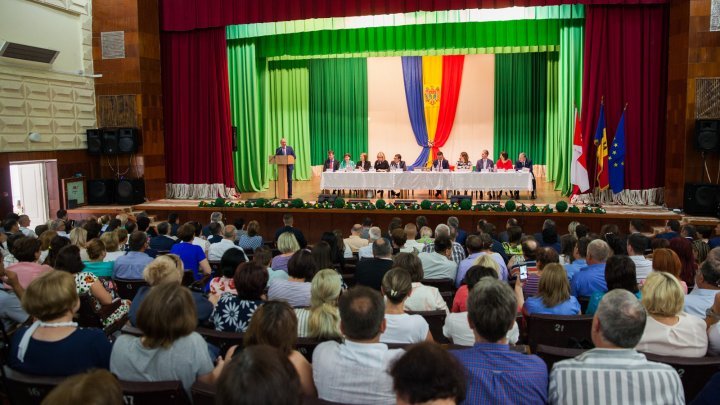 The government went on a working visit to the Criuleni district. The prime minister and several ministers met with representatives of local public authorities, entrepreneurs, but also young people. They talked about issues, but also about solutions. The working visit started at the Criuleni District Council.

Mayor of Râşcova village has complained that sewerage system can't be connected due to debts of over 500 thousand lei that the Government had in 2014.

"If we get the money, by the end of July, practically 2,5 million are left for the construction of the sewage treatment plant. In this case, we invite you in October with the whole team to open this object," mentioned Dumitru Sarbu, mayor of the village of Râşcova.

"In the Republic of Moldova we have kilometers of pipe buried in the ground. The projects are not carried out, I know that colleagues already come with solutions from this ministry, "Prime Minister Pavel Filip explained.

At the meeting, the local elected representatives also spoke about the distribution of money from the public budget.

District president Veaceslav Burlac thanked the ministers for coming to Criuleni and presented them with more results lately.

During the weekly briefing, PDM chairman Vlad Plahotniuc announced that the Government will be more actively involved in solving the acute problems in each district. In this respect, Government have one day per week devoted to travel to the territory.