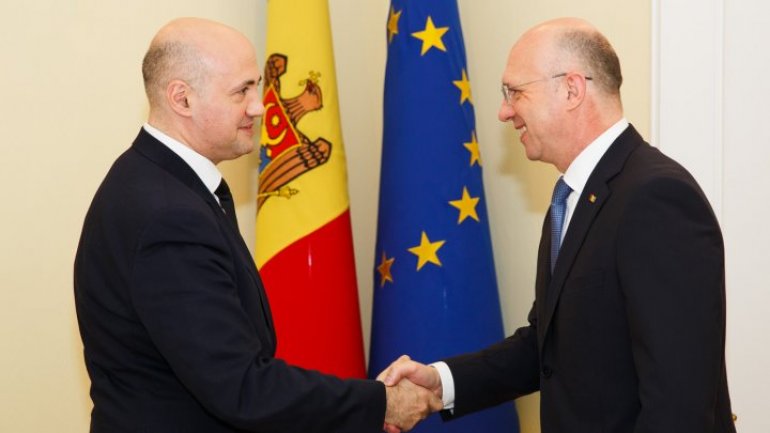 Prime Minister Pavel Filip today met with Dmitri Gvindadze, the head of the European Bank for Reconstruction and Development (EBRD) representation in Moldova, who ends his mandate in our country.

The prime minister thanked the European official for the support of the EBRD in implementing the modernization programs of our country and, in particular, for the personal involvement in promoting European standards in the Moldovan economy and supporting the private sector.

The officials exchanged views on the impact of the reforms promoted by the Government on the country's economic development and the fight against corruption.

In this respect, we discussed the draft law to limit the abuse of power institutions to economic agents.

Dmitry Gvindadze said that the EBRD remains a trusted partner of the Republic of Moldova, appreciating the Government's efforts to strengthen the banking sector and create favorable conditions for the development of the business environment.

In particular, the European official appreciated the work of the Economic Council with the Prime Minister, mentioning the effectiveness of the platform in ensuring a permanent dialogue with the business environment in the country.