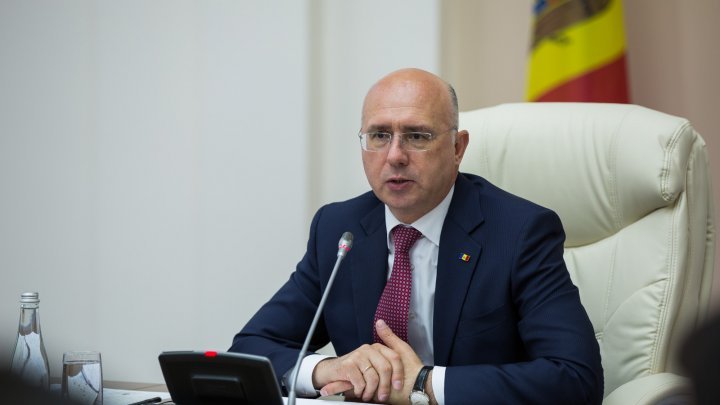 Prime Minister Pavel Filip convened today the meeting of the Commission for Emergency Situations in connection with the outbreak of African swine fever detected in a household in Mereni village, Anenii Noi district.

Although the outbreak was localized, the prime minister drew attention to the danger of this disease for the pig breeding industry in our country.

"An important part of the pig breeding industry is located in the Anenii Noi and Criuleni area, and the large pig breeding centers would mean the lack of meat on the domestic market and the shift to imports, which would mean an increase in these products" emphasized Pavel Filip.

The prime minister called for effective cooperation between the authorities responsible for preventing the spread of swine fever, especially between the National Food Safety Agency, the Customs Service and the Border Police, since all cases of maladia are imported in our country, mainly from Ukraine.

In turn, the officials informed that the outbreak of Mereni disease was localized, with increased measures being taken in the region to avoid the spread of the virus. Among them: installation of filters for disinfection of transport units, inventory of local animals, establishment of a strict regime of movement of animals and removal of meat products from the region.

At the border, customs controls were intensified to prevent the introduction of contaminated meat and animals in the country, additional filters were installed and continuous information campaigns were carried out.

In this context, Pavel Filip emphasized the need for broad communication on the risks of African swine fever, through customs information panels, flyers and active media involvement. At the same time, the prime minister proposed the creation of a working group with the participation of all authorities with competences in the field, in order to facilitate the cooperation between them.

In other news, the head of the Executive has talked about the heat and drought in recent times and has called on the authorities to ensure the proper functioning of the tents to provide citizens' help, emergency response services, check for food markets, restrict truck traffic on unadjusted roads, as well as ensuring the safety of children in resting camps.

The prime minister also stressed the need to facilitate land irrigation, so that agricultural crops will not suffer.