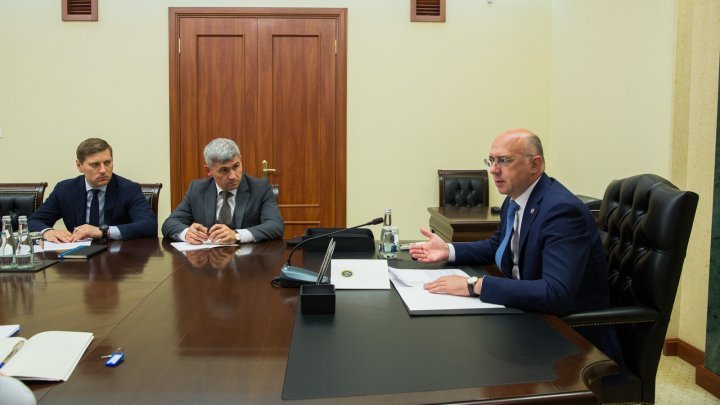 Prime Minister Pavel Filip today convened a working meeting with the authorities responsible for examining issues related to integrated border management regarding the extension of common points at the eastern border of the Republic of Moldova, as well as some aspects related to the imported by economic agents in the Transnistrian region.

In the context of the Government's efforts to ensure an integrated and efficient management of the border between the authorities of the Republic of Moldova and Ukraine, the Prime Minister has called for the urgent measures to be taken to extend the common crossing points along the eastern border, including human resources training and verification of conditions administrative.

Regarding the start of joint control at the Moldovan-Ukrainian border crossing points located on the Transnistrian segment, both the Border Police and the Customs Service are to initiate with the Ukrainian side the final procedures for the practical implementation of the activity. The prime minister said that, together with the Ukrainian authorities, efforts will be made to speed up signing of the protocols in this respect.

Another issue discussed at the meeting was the need to extend the period of application of the exemption from customs duties to economic agents from the eastern districts of the Republic of Moldova who carry out import-export operations at the Pervomaisk-Cuciurgan border crossing point and are not registered with the Public Services Agency. Given that this period expires on 18 July, the proposal was accepted to extend this deadline by 1 January 2019.
AFLĂ imediat Știrile Publika.MD. Intră pe Telegram