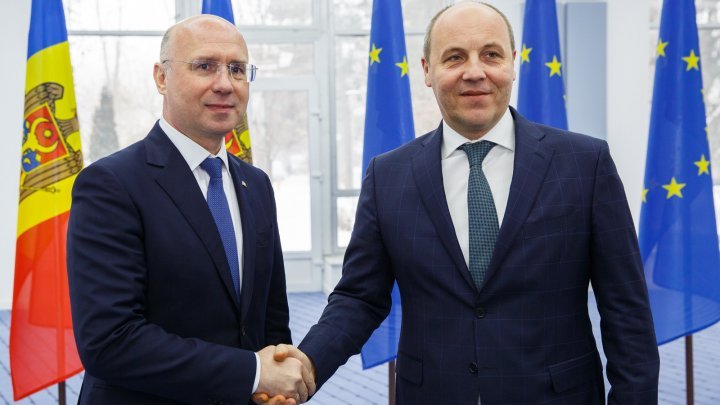 Prime Minister Pavel Filip met today with the President of the Verkhovna Rada  of Ukraine, Andriy Parubiy. During the meeting, the officials welcomed the ratification by the Verkhovna Rada in Kiev of the Agreement on Joint Control at the Moldovan-Ukrainian border, stressing that the application of the document will contribute to securing state border security and to boosting cross-border cooperation.

The prime minister said that the successful achievement of the established objectives is due to the upcoming political dialogue between the two countries. Additionally, the prime minister stressed the need to maintain direct contacts at all levels, to resolve problems promptly and to achieve the European path of both states.

In the context of the Inter-Parliamentary Conference "Georgia, Moldova and Ukraine: Eastern Partnership and Current Security Challenges" held in Chisinau, officials exchanged views on the perspectives of collaboration to prevent and combat risks in this segment.

Referring to the cooperation priorities for the next period, the parties mentioned the necessity of protecting the information space of foreign propaganda, finalizing the process of demarcation of the state border, as well as the recognition of Moldova's properties on the territory of Ukraine.

In this respect, the interlocutors confirmed their commitment to identifying mutually beneficial solutions and achieving the set goals, for the benefit of the citizens of both states.
AFLĂ imediat Știrile Publika.MD. Intră pe Telegram