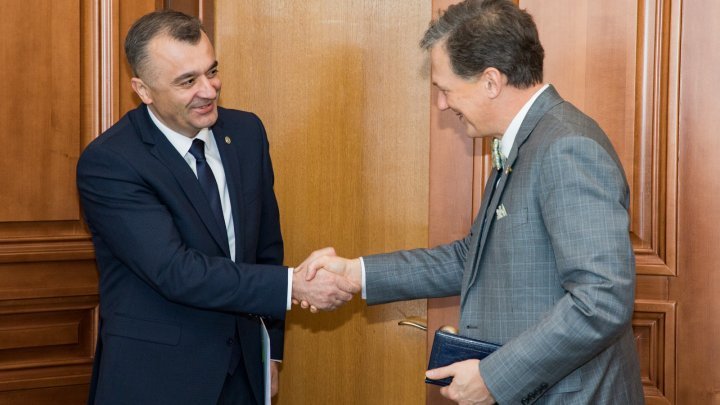 We are a team that wants to change things in Moldova, announces Moldova's Prime Minister Ion Chicu in the meeting with George Kent, Deputy Assistant Secretary in the European and Eurasian Bureau at the U.S. Department of State.

The prime minister gave assurances that the current Cabinet of Ministers will continue to implement reforms and wants to advance on this dimension.

"We are a team that wants to change things in the Republic of Moldova and we need your support to fulfill the commitments we made," said Ion Chicu.

During the meeting, the Moldovan official appreciated that the relationship between two states is extremely important and the assistance provided by the US Government for Moldova is highly valuable.

He also referred to the Government's plants to attract investments and a set of other priorities included in the Government's agenda. In this context, he mentioned the judicial reform, the economic growth, the favorable business climate and the infrastructural development.