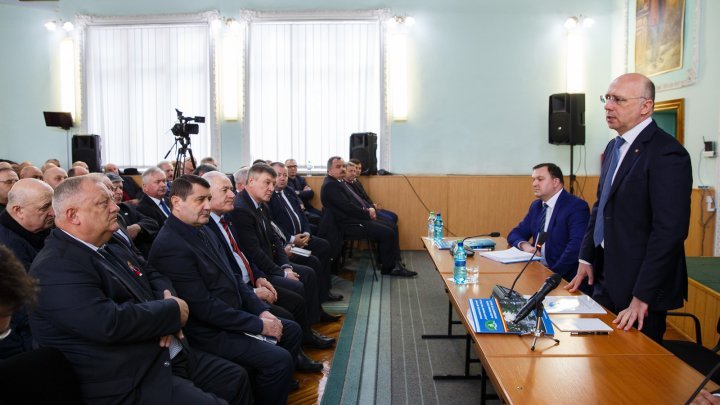 During a working visit to Bălți, Prime Minister Pavel Filip met businessmen from the region and representatives of local public authorities to discuss the difficulties in their work and the measures to be taken to support the development of local entrepreneurship.
Prime Minister noted that the government's actions aimed at economic stabilization have generated concrete results and new possibilities to continue the implementation of the reform agenda.

The Head of the Executive spoke about the reforms initiated in the field of justice, education, health and referred to the measures taken by the Executive to facilitate the business environment. Among them - the institutional reform of the control bodies, the reduction of the number of permissive acts, as well as the improvement of the labor legislation.

The dialogue has been open and interactive. Entrepreneurs in the region spoke about the challenges they face, including lack of workforce and the need to introduce a single tax on agriculture.
Moreover, issues related to the development of road infrastructure, local public finances and access to drinking water were discussed.

The prime minister said that each issue will be analyzed in part to identify the best solutions to solve them, and the Government's efforts to develop localities and support the business environment will continue.
AFLĂ imediat Știrile Publika.MD. Intră pe Telegram