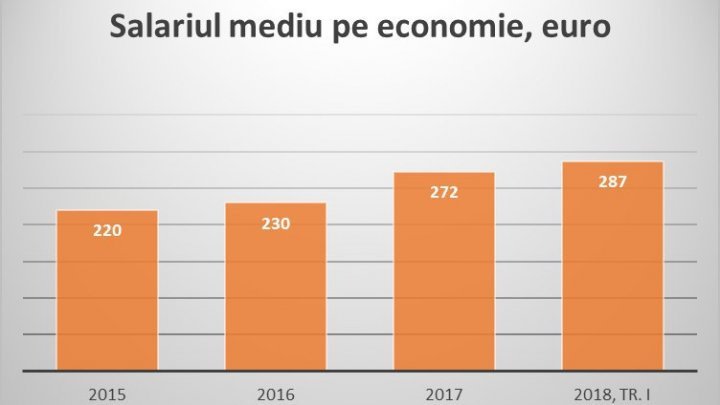 According to the Government, the average salary will increase to 300 EUR due to the election year, writes actual.md.

Traditionally, electoral periods leave a negative footprint on the economy. It is, however, encouraging that the Government detach themselves as much as possible from the election campaign and focus their work only on managing social-economic affairs.

As a result, the Moldovan economy demonstrates good prospects. For example, in the first quarter of 2018, GDP grew by 3.7% and by the end of the year the growth rate could be close to 5%.

The official statistics for the first quarter show that the average salary in the European single currency, already recalculated in the single European currency, has already reached almost EUR 290, an increase of 30% compared to the average size of the salary registered in 2015.

The comparison with 2015 is made from the perspective that the current Government was installed in early 2016.

In conclusion, taking into account the wage growth trends and the stability of the national currency, by the end of this year the average salary will exceed 300 euros.