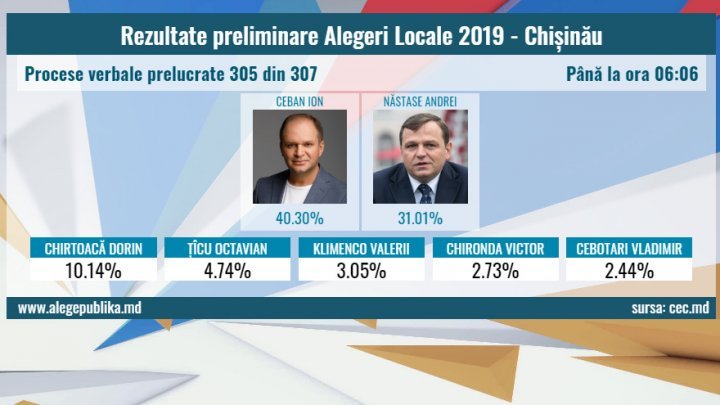 The candidate of the Party of Socialists (PSRM), Ion Ceban, has got most votes, 40.3 per cent, and the candidate of the ACUM bloc, Andrei Nastase, picked up 31 per cent of the votes, according to the preliminary results at 6:06 on October 21.

Moreover, the data show that over ten per cent of the Chisinau residents voted for the candidate of the Liberal Party, Dorin Chirtoaca, and about 5 per cent gave their votes for the representative of the National Unity Party (PUN), Octavian Ticu.

Regarding the preliminary results for Chisinau municipal Council, following the processing of 303 official reports: