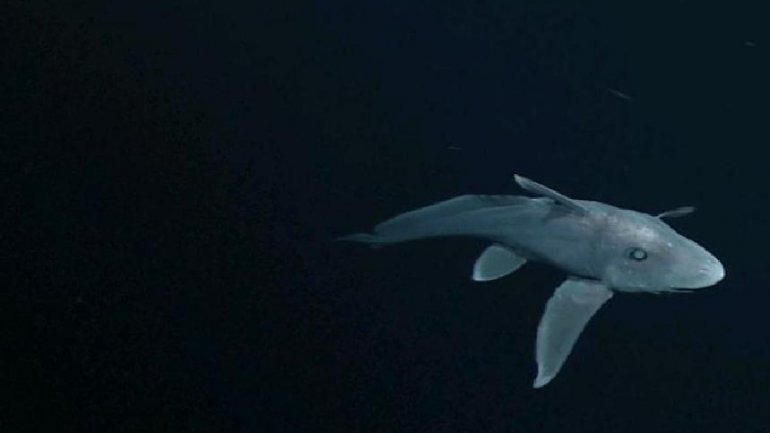 Ghost sharks, officially called chimaeras, have been living in the deep sea swimming at great depths of about a mile and half below the ocean long before the time of the dinosaurs. These prehistoric marine creatures, however, are rarely seen and scientists know little about them.

Now, the world has a chance to see this rare deep-sea shark as a video of this creature has finally been released by the Monterey Bay Aquarium Research Institute in California nearly six years after it was taken, informs TechTimes.

The footage, which was published by the National Geographic magazine, is believed to be the first ever video taken of a live pointy-nosed blue chimaera (Hydrolagus trolli), which is often found near New Zealand and Australia, in its natural habitat.

If the creature is confirmed to be a pointy-nosed blue chimaera, it would also be the first discovery of the species in the Northern Hemisphere.