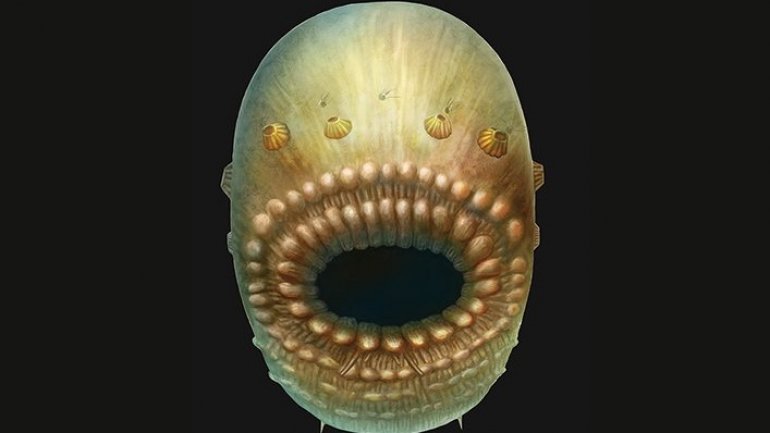 You won’t find it in your family album, but a tiny prehistoric creature with a bag-like body, a huge mouth and no anus has become the best candidate yet for our earliest known ancestor.

Thought to have lived as long as 540 million years ago, the creature is the oldest known member of a large group of animals known as deuterostomes, which includes vertebrates – such as humans – as well as starfish, sea urchins and a host of other fauna.

While it is highly unlikely the new species is our direct ancestor, scientists say the creature could be very similar to it. As a result, the discovery of the fossils sheds light on the early stages of our evolution, says The Guardian.

“In effect what we are suggesting here is that this is the earliest, oldest, most primitive of the deuterostomes,” said Simon Conway Morris, professor of palaeobiology at the University of Cambridge, and a co-author of the research. “This is, if you like, the starting point of an evolution which led ultimately to things as different as a sea urchin, starfish and rabbit.”

Discovered in sedimentary rock in Xixiang County in the Shaanxi province of central China, the species has been dubbed Saccorhytus coronarious for its sack-like, globular body and large mouth. Just one millimetre in length, the tiny animals are believed to have lived on the sea bed, where they would have nestled between grains of sand and moved by wriggling.

Among the details revealed by such techniques are a series of folds or wrinkles around the creature’s mouth which, the authors argue, could have allowed the animal’s mouth to dilate allowing it to swallow relatively large prey. Like humans, the creature has bilateral symmetry – that is, two symmetrical halves.

The large quantities of water the animal would have swallowed while feeding, adds Conway Morris, were likely ejected through a number of openings that can be seen on each side of the creature’s body. The role of small pores across the body, he adds, is more of a mystery, although he suggests that they might have been involved in securing the animal to sand grains, possible by releasing some sort of adhesive, or may otherwise have played a sensory role.

Perhaps most intriguingly, the animal appears to be lacking an anus. While Morris admits it is possible that the team simply haven’t spotted it, he points out that other creatures, such as the worm-like acoels, are also known to lack the orifice.