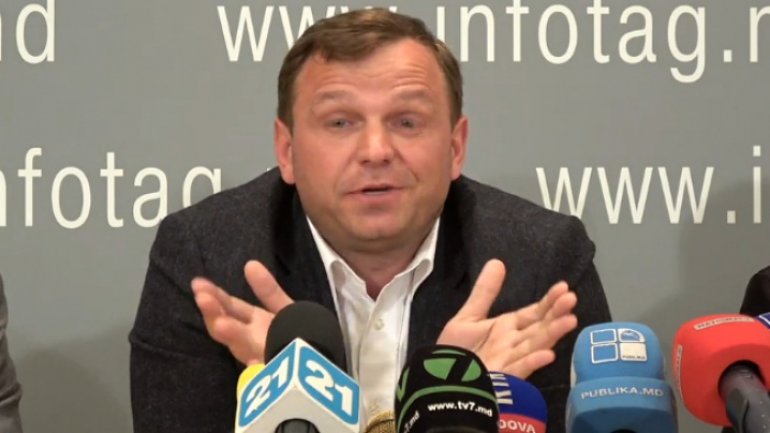 Andrei Năstase, the wed godson of the felon Victor Ţopa and the leader of the Dignity and Truth Party (PPDA) accuses war veterans (combatants) of stealing from tents earlier installed on the National Assembly Square in downtown Chisinau.

He made the statements at a meeting with party members. But, when asked about the money collected by the protesters on the square, Nastase recognized EUR50,000 were gathered.

The recordings of the discussions were posted by the journalists from vesti.md.

"I caught a military telling a guy named Mişa to take some cables to the garbage bin, but they actually stole that cables. They really stole," Andrei Năstase says.

Andrei Năstase says he could not keep on the protesters camp, as the garbage grew tremendously.

"On the square, they rapidly gathered about 50,000 euros," Nastase says.

They also discussed about the fate of the PPDA, and Andrei Năstase confesses there are many problems because of some members: "There are many members who have problems Aurel Pisica from Ialoveni has problems with his family, children, daughter. And Sergiu Cibotari was probed. He had a civil issue but they turned it into a criminal inquest."

Aureliu Pisică, Năstase speaks of, repeatedly drew the authorities’ attention for aggressing journalists at protests and cuffing a child to a billboard in fronted the Interior Ministry.

Media wrote that Pisică was sentenced for killing a person in a car accident, but managed to get free. In an investigation by Today.md, Pisică’s former wife tells of the abuses and violence she was subjected when married to Pisică.

Another PPDA member that Năstase mentioned is Sergiu Cibotari. He is criminally probed in two cases for forced labor and embezzlement.

According to the police, 17 people were damaged of a total of 400,000 lei, following his misconduct.