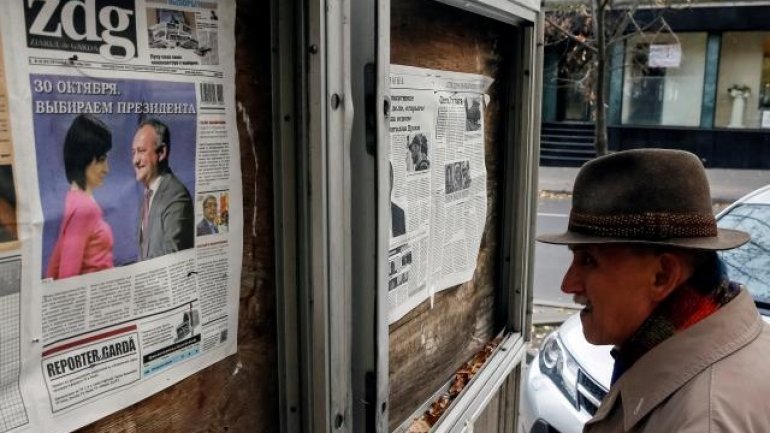 Moldova is likely to stay on a path towards closer ties with the EU to safeguard its economic revival even if a pro-Russian candidate wins Sunday's presidential run-off, according to the powerful tycoon Vlad Plahotniuc, who is deputy head of the ruling party, reports Reuters.

The small former Soviet republic, squeezed between the European Union and Ukraine, plunged into turmoil following a $1 billion corruption scandal that erupted in late 2014.

It has gone through five prime ministers in three years and support for a pro-Western political class in power since 2009 fell away, making pro-Russian socialist Igor Dodon the likely winner in the weekend run-off.

But the economy has also returned to growth after an 0.5 percent decline in 2015, inflation has eased, unrest has died down and the IMF, which had halted aid over the scandal, agreed to a new $179 million package for Moldova on Monday.

"The European brand is recovering," tycoon Vlad Plahotniuc told Reuters in a rare interview with foreign media, saying this would act as a bulwark against any attempt by Dodon to pull Moldova back into Moscow's orbit by tearing up a political and trade deal that Chisinau signed with the EU in 2014.

"Irrespective of the result of the elections, we're confident that we will be able to maintain both the stability and geopolitical path of the country, namely EU integration."

Plahotniuc said he plans to step away from politics and return to the business world once the economy strengthens, seeing himself in political life as a "crisis manager" helping keep Moldova on a pro-European path.

Many in Moldova, including Dodon, say Plahotniuc's influence over the government, police and media makes him the most powerful man in the country of 3.5 million people.

"Once I see a more solid economy, I don't see myself in politics for an undetermined period. I want to come back to the business world," Plahotniuc said at his office in Chisinau, speaking publicly for the first time about such a move.

Plahotniuc was a target of protests earlier this year and only 4 percent of Moldovans trust the pro-Western businessman, according to an October survey by the Institute for Public Policy. Plahotniuc says negative perceptions about him were down to lies spread by his opponents after he entered politics.

"Until that very moment, honestly there was not even a rumor on the market about me that I was eating kids for breakfast," said Plahotniuc, a tanned 50-year-old judo and weightlifting enthusiast who survives on 3-4 hours of sleep.

He says he sold almost all of his businesses in Moldova to show voters he isn't in politics for the wrong reasons. He might sell his last remaining hotel, a luxury boutique called Nobil.

"...I am one of the few people who came into politics rich. And each year in fact, ironically, I'm becoming poorer not richer. That's why I don't view my time in politics as really long term. It's not about the money."