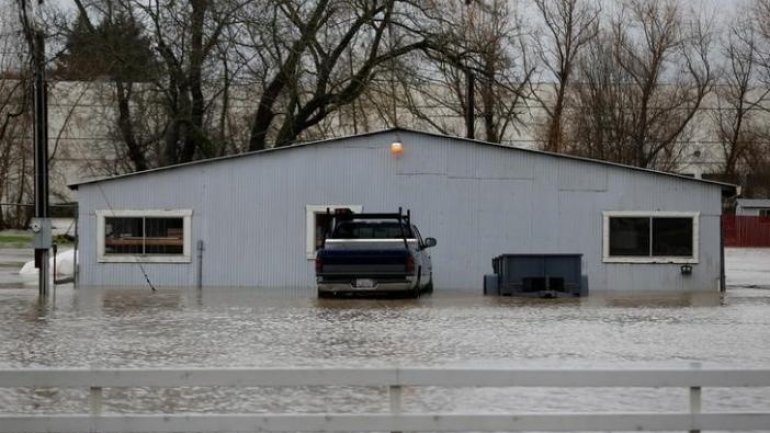 Powerful storms packing heavy rain and snow will lash the U.S. West on Tuesday, January 10th a day after thousands of people fled their homes to escape floods, forecasters said, according to Reuters.

A band of heavy downpours will drench northern California and heavy snow will fall in the Sierra Nevada mountains into Wednesday, exacerbating the threat of flooding, the National Weather Service said.

The storms are part of weather system called the "Pineapple Express" that has soaked a vast area from Hawaii to the typically drought-prone states of California and Nevada.