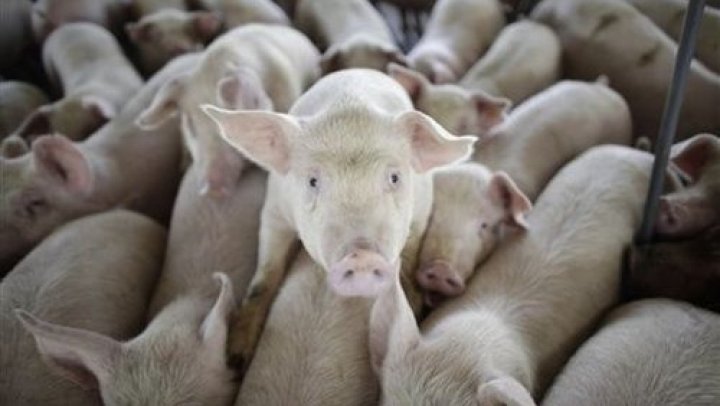 Fears of a trade war between the United States and China escalated Friday after Beijing warned it was willing to "fight to the end" and retaliate against tariffs announced by President Donald Trump.

The prospect of a financial dust-up between the world's two largest economies has sent stocks tumbling and left the dollar wobbling.

China warned Friday that it could slap tariffs on 128 U.S. products worth a total of $3 billion, including a 25 percent on pork products and recycled aluminum imports from the U.S.

This came hours after Trump signed a presidential memorandum that could impose tariffs on up to $60 billion worth of imports from China.

"China does not want a trade war with anyone, but China is not afraid of and will not recoil from a trade war," the Chinese Embassy in Washington said in a statement late Thursday. "If a trade war were initiated by the U.S., China would fight to the end to defend its own legitimate interests with all necessary measures."

The retaliation outlined by China's Ministry of Commerce on Friday was not in direct response to the memorandum that Trump signed Thursday, but rather its reply to earlier steel and aluminum tariffs announced by the president.

Although China has not said how it plans to respond to the latest move by the White House, the country's foreign ministry called it a "totally unilateral and trade protectionist action" during a Friday briefing.

As well as pork and aluminum, China's Ministry of Commerce said it could impose import tariffs on U.S. goods including fruit, nuts, wine and steel pipes.

It said it would rolls this out "if China and the United States fail to reach a trade compensation agreement within the stipulated time." It did not give a date for this.

Robert Carnell, chief economist for the Asia Pacific region at the financial services group ING, said China's likely retaliation to the memorandum could see the tit-for-tat retaliation spiral out of control.

"If the [U.S.] tariffs go ahead as planned, then we believe China will retaliate. It is impossible to imagine that they cannot," he said in an analysis published Thursday. "And then we expect the US to retaliate further etc. This can turn ugly on a global scale very quickly."

Others said the possibility of a trade war was unlikely.

"It is not something either country can afford or either country believes is worth pursuing," Wang Jiangyu, an international law professor at the National University of Singapore, told NBC News on Friday.

However, he warned: "China is ready to negotiate but China is also ready to retaliate."