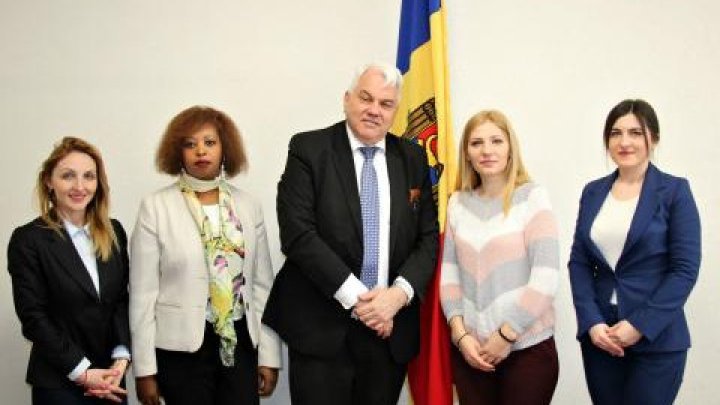 The State Secretary presented the economic development priorities of the Ministry of Economy and Infrastructure for 2018, including the field of road infrastructure, the IT sector, energy efficiency, regulatory reforms and investment projects.

In the context of the 25 years since the establishment of diplomatic relations, the two countries have all the levers for intensifying bilateral co-operation in more economic areas.

"Moldova has considerable potential for developing trade and economic relations between countries such as in the agrarian sector, we can share the experience of applying agricultural technologies, producing and using agricultural equipment, producing and exporting wine and other wine products, "said Iuliana Dragălin.

The Ambassador of the Republic of South Africa said that his country is interested in intensifying economic cooperation, strengthening trade and identifying investment projects of interest. The diplomat also asked for an analysis of the possibilities of commercial-economic cooperation with our country.

So far, two bilateral treaties have been signed between the two countries.