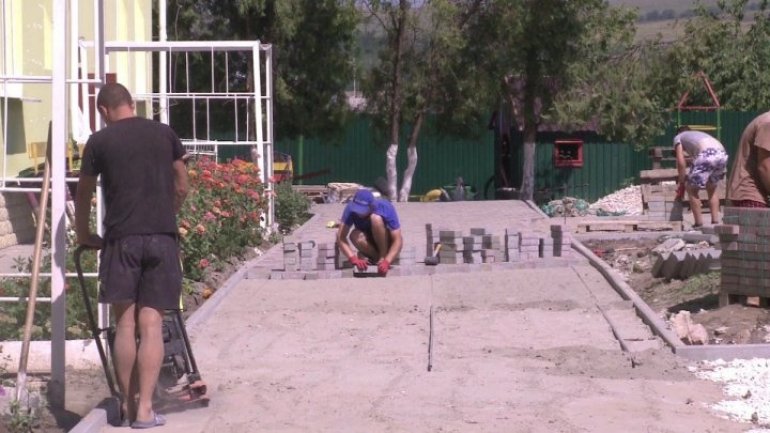 Repaired roads , illuminated streets and better playgrounds for kids to go to kindergarten. All these infrastructure projects are successfully implemented in the village of Ţânţăreni in Anenii Noi.

The works are on the last hundred meters. Local people are happy with the changes made in the municipality's budget.

In a week, the local kindergarten will reopen the small doors. The institution has been completely renovated and the works are almost ready.

"This week we will work as much as possible, and the workers in the Capital will work hard",  spoke the director of Andrieş kindergarten, Violeta Spinu.

"The sports field built by the Municipal Communal Directorate is completed and in mid-September we also plan to install playgrounds," said Deputy Head of the Municipal-House Directorate, Igor Munteanu.

Other infrastructure projects financed by the City Hall have come to an end.

People say the locality was in great need of such changes.

"We repaired the pavement, the fence, playground."

In the next period, the municipality wants to find a solution for the wells in the locality that do not have a water treatment plant.

"An alternative is the connection to the" Apa Canal "connection, and why not, perhaps, in the other two nearby localities," said Director of Waters Channel, Veronica Herţa.

The budget for infrastructure projects is covered by the municipality, which has allocated six million lei. This was after the Tăţăreni councilors accepted the reopening of the polygon for half a year.