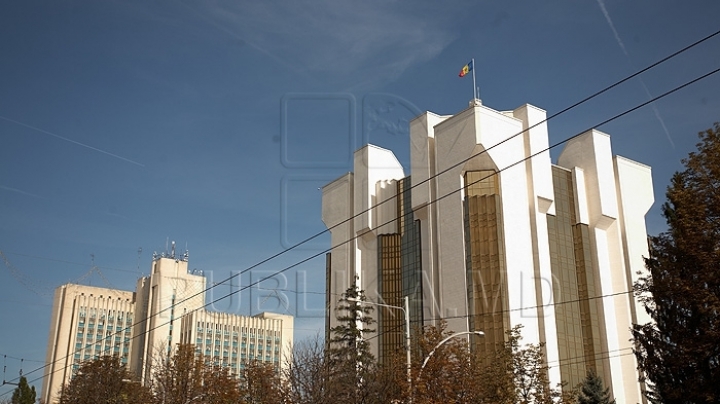 The electoral fever is getting on political parties. Six parties have announced their nominees for the presidential race. And, starting today, at CEC might be applied the documents for the registration of the groups which will collect signatures in favor of the named politicians. The socialists have chosen the leader of the party, Igor Dodon, for the presidential elections on 30 October. The launching of Dodon took place near the monastery Capriana. The politician was born in Sadova village, Calarasi district, is 41 years old and in the present is a deputy in the Parliament. Previously, he had the position of first deputy prime minister of Moldova from 2008 to 2009 and minister of economy and trade from 2006 to 2009.

The liberals have named the leader of the party to be registered in the race for presidency. Now, Mihai Ghimpu is 64 years old, was born in Colonita village, Chisinau municipality and is a deputy in the Parliament. The nominee was president of the Parliament in the period 28 August 2009 – 28 December 2010 and acting president between 11 September 2009 to 28 December 2010.

Iurie Leanca is the nominee for the presidential race from the side of the Popular European Party of Moldova. Was born in Cimislia, is 52 years old and now is a parliamentary. Had the position of prime minister of Moldova in the period of 30 May 2013 to 10 December 2014. From 2009 to 2013 he was first deputy prime minister and minister of Foreign Affairs and European Integration.

Our Party has proposed the journalist Dmitri Ciubasenco as nominee for the position of president. He was editor-in-chief of the newspaper “Moldavskie Vedomosti”, where he worked for 14 years. In 2009 he left the position and created a new periodical “Panorama”. In six years, Ciubasenco has run for various positions from three various parties. In 2014, Ciubasenco has run on the parliamentary elections on the list of the Liberal-Democratic Party, led by Vlad Filat. At the snap elections in 2010, he wanted to get into the legislative together with the Humanitarian Party of the former chief of security, Valeriu Pasat, being the fifth on the list.

In the race for presidentials, as an independent nominee might get registered the former liberal democrat Valeriu Ghiletchi. He is 56 years old, and was born in Panzareni village, Falesti district. Since 2009 until now he is a deputy in the Parliament and member of the Committee for foreign policy and European integration. Ghiletchi was parliamentary in the period 1998-2001.

Action and Solidarity Party proposes Maia Sandu for the position of president. She is 44 years old and was born In Risipeni village, Falesti district. Was minister of Education in the period of 24 July 2012 – 30 July 2015. At the end of 2015, Maia Sandu left the Liberal Democratic Party of Vlad Filat and launched her own platform which became party.

The “Dignity and Truth Platform” proposes for the position of president the leader of the party, Andrei Nastase, the godson of the mobster Victor Topa. He is 41 years old and was born in Mandresti village, Telenesti district. Nastase is a lawyer by profession. In the last period, Nastase got popularity through attacks on journalists. He was also involved in scandals linked to the transfer of hundreds of thousands euro on the accounts of his mother and mother-in-law.