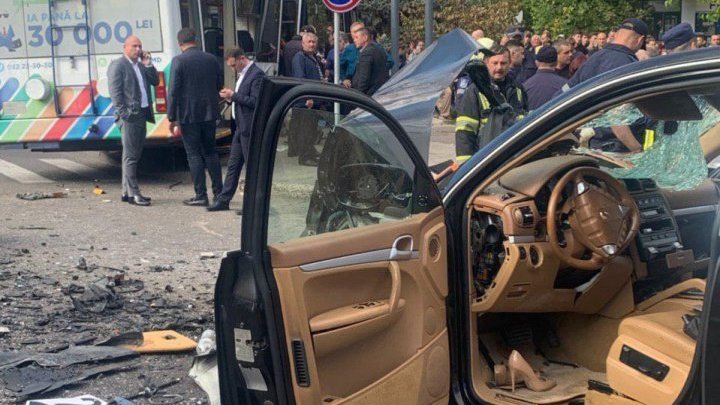 Thus, the driver exceeded the permissible blood alcohol level seven times. According to experts, a woman who weighs about 60 kg needs two and a half hours to get rid of alcohol in her blood.

It should be mentioned that the complete recovery of the body after consuming large quantities of alcohol can take more than 48 hours.

Publika recalls that the accident occurred on Monday at around 14:00 at the intersection of O.Ghibu st. and Alba Iulia st. (Buiucani sector) between a trolleybus no. 21 and a Porsche car. A man lost his life and 25 others needed medical care at Emergency Hospital.

According to police, preliminary cause of this accident was excessive speed and irregular crossing at red traffic light. The Porsche driver had 43 official reports for various traffic contraventions during 2010-2018.