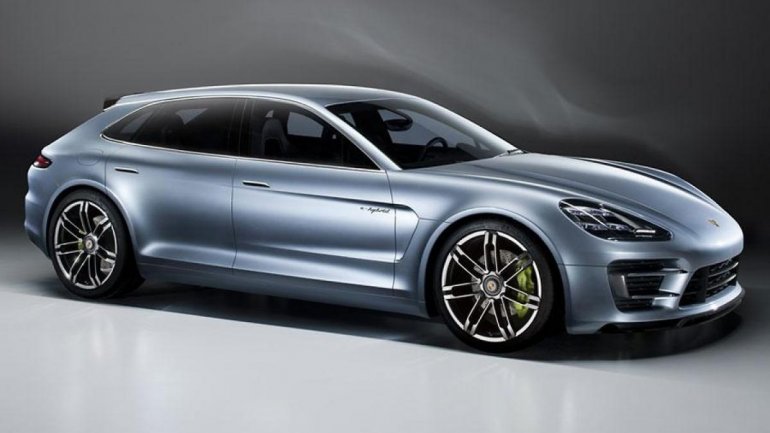 Some 550 horses under the hood and a spoiler. When Porsche executives decide to make a station wagon, they don’t do it like everyone else.

The storied sports car maker has blown out the back of its Panamera sedan and added a big swinging hatch in a bid for the small crowd of consumers who carry cargo but still aren’t keen on SUVs. We’ve known it was coming for months, but Porsche just unveiled the first photos of its new wagon.

The automaker will be pulling the cover off five different versions at next week’s auto show in Geneva, including a diesel and a Sport Turismo, the überturbo that lets the driver think he is lapping the Nürburgring, rather than driving 9-year-olds to soccer practice.

There’s a mantra at Porsche's Weissach Development Center just outside of Stuttgart: First, it must be a Porsche. If the company's engineers and designers are a tribe of zen aesthetes, this is their koan.

The application: “If we are going to make a 4,500 pound SUV that can crawl up mountain scree, we first must make sure it looks beautiful, drives like a dream, and speeds like a demon.”