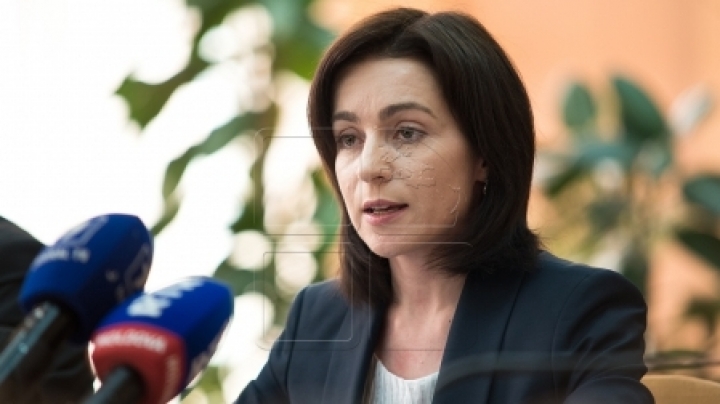 Ex-minister of Education and the present leader of the PAS party, Maia Sandu, asks the Moldovan authorities to investigate the usage of the emergency loan disbursed by the National Bank, under the Government’s guarantee, before the Parliament converts it into public debt.

And she is claiming that after she recognized her acquiescence to the Government’s indebtedness and, thus, to the people’s indebtedness to the National Bank. The Moldovans will have to pay back that money, plus the interest.

In April, Sandu was asked at a TV program how she had voted when the National Bank asked for the Government’s guarantee to offer a 13-million-lei loan to cover up the consequences of ‘the century’s robbery,’  Maia Sandu recognized she had voted ‘for’ in March 2015.

Maia Sandu, who then was part of premier Vlad Filat’s team, earlier dismissed for corruption, specifies she did not vote back in 2014 to guarantee the first loan. But not for the courage, but because she was not attending that sitting of the Government.

PUBLIKA.MD reminder: As 13 million lei (roughly a billion US dollars) were siphoned from the banking system in 2014, the Central Bank yielded a loan to three commercial banks, as the risk of crumbling the entire system was looming.

The Government’s guaranteed the loan, which is now to be returned with interest, from the tax-payers’ money.