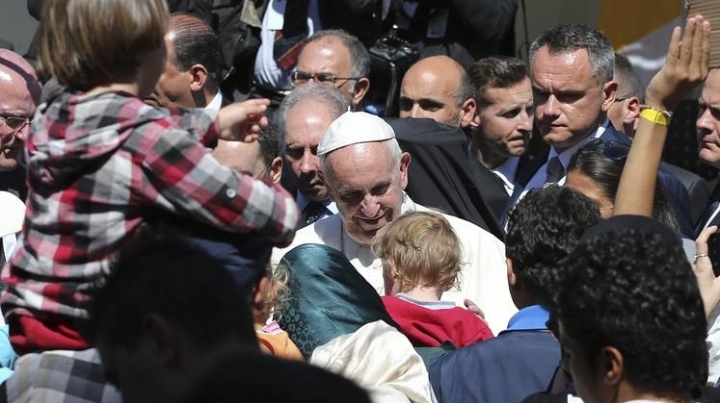 Pope Francis celebrated mass Sunday with over 2.5 million pilgrims in a vast sun-drenched field, wrapping up a emotionally charged trip to Poland which took him to Nazi concentration camp Auschwitz.

High-spirited teenagers, scouts, priests and families had camped under the stars in the vast "Campus Misericordiae" (Field of Mercy) near the city of Krakow ahead of the final mass of a week-long Catholic festival.

Francis whipped out technology metaphors for today's chat and app-happy pilgrims, telling them to "download the best link of all, that of a heart which sees and transmits goodness without growing weary".

He said they should be dreamers who believe "in a new humanity", one that "rejects hatred between peoples" and "refuses to see borders and barriers". They should use the gospel, he said, as their GPS.

Hundreds of thousands of people had streamed to the grassy site Saturday with folding chairs, sleeping bags, umbrellas and sun-hats, amid warnings hours in the baking July sun could be broken with a rainstorm.