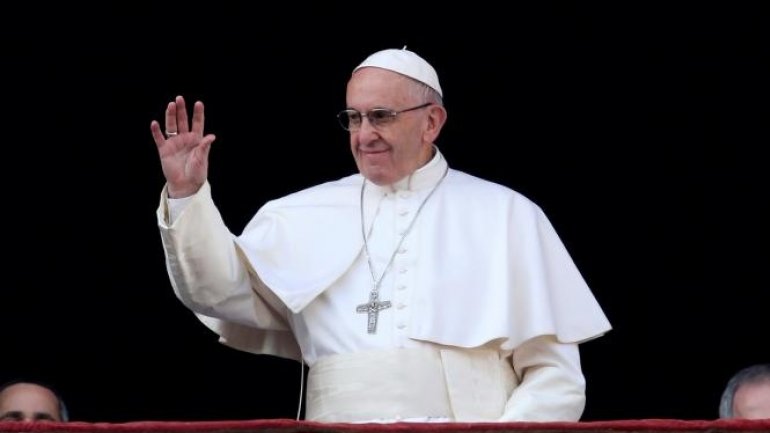 Pope Francis on Sunday offered a Christmas hope for peace in a world lacerated by war and terrorism, urging people to remember migrants, refugees and those hit by economic instability caused by "idolatry of money", informs Reuters.

Francis, marking the fourth Christmas season since his election in 2013, also urged Palestinians and Israelis, facing renewed tension after a U.N. resolution condemning Israeli settlements on occupied land, to have the courage to put aside hate and revenge and "write a new page of history".

His traditional "Urbi et Orbi" (to the city and the world) message was linked by a common thread of war, violence and suffering at a time that should be defined by harmony and peace symbolized by the infant Jesus.

"Peace to those who have lost a person dear to them as a result of brutal acts of terrorism, which have sown fear and death into the hearts of so many countries and cities," he told some 40,000 people gathered in St. Peter's Square.

Security was heightened for the Christmas weekend in Italy and at the Vatican after Italian police killed the man believed to be responsible for the Berlin market truck attack while other European cities kept forces on high alert.

"Today this message (of peace) goes out to the ends of the earth to reach all peoples, especially those scarred by war and harsh conflicts that seem stronger than the yearning for peace," he said, speaking in Italian from the central balcony of St. Peter's Basilica.

He called for peace in Syria, urging immediate assistance to the exhausted population of the city of Aleppo, which Syrian government forces recaptured last week after four years of devastating fighting with rebels.

"It is time for weapons to be still forever (in Syria), and the international community to actively seek a negotiated solution, so that civil co-existence can be restored in the country," he said.

Francis, the first Latin American pope, also said Christmas should inspire everyone to help the less fortunate, including migrants, refugees and those swept up by social and economic upheavals.

"Peace to the peoples who suffer because of the economic ambitions of the few, because of the sheer greed and the idolatry of money, which leads to slavery," he said.

At his Christmas eve Mass on Saturday, Francis said the feast had been "taken hostage" by dazzling materialism that puts God in the shadows.

On Sunday, he also called for an end to "fundamentalist terrorism" in Nigeria, a reference to Boko Haram, which has killed 15,000 people and displaced more than two million during a seven-year insurgency to create an Islamic state..

Francis further appealed for an end to tensions between the government and opposition in Venezuela, for harmony in Colombia, which recently ended a civil war with FARC guerrillas, and an end to strife on the Korean peninsula and in Myanmar.