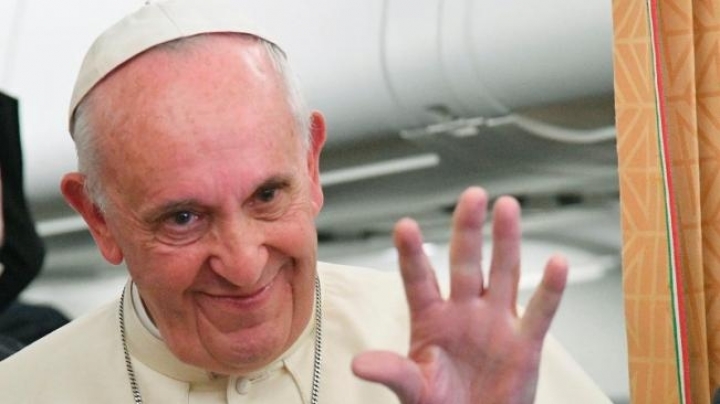 Pope Francis said on Sunday that homosexuals and transsexuals should be treated with respect but that teaching gender theory is unacceptable "indoctrination" of young people, Reuters reports.

"When a person (who is gay) arrives before Jesus, Jesus certainly will not say, 'Go away because you are homosexual,'" Francis said.

The pope made his comments in the latest wide-ranging and freewheeling conversation with reporters aboard the plane returning from a foreign trip.

The pope, who made headlines on his first trip in 2013 when he uttered his now-famous phrase "Who am I to judge?" about homosexuals, spoke in answer to a question about a comment he made in Georgia about various threats to marriage.

He said that as a priest, bishop and even now pope, he had ministered to people with homosexual tendencies as well as some who were not able to remain chaste, as the Church asks them to be.

"I accompanied them, I brought them closer to the Lord," he said. "Some were not able (to obey Church teachings), but I accompanied them and I never abandoned one of them. That is a fact. People must be accompanied just like Jesus accompanies them."

During his trip to Georgia and Azerbaijan, he told priests and nuns that teaching gender theory in schools was part of a "global war" against marriage.

Gender theory is broadly the concept that while people may be biologically male or female, they have the right to identify themselves as male, female, both or neither.