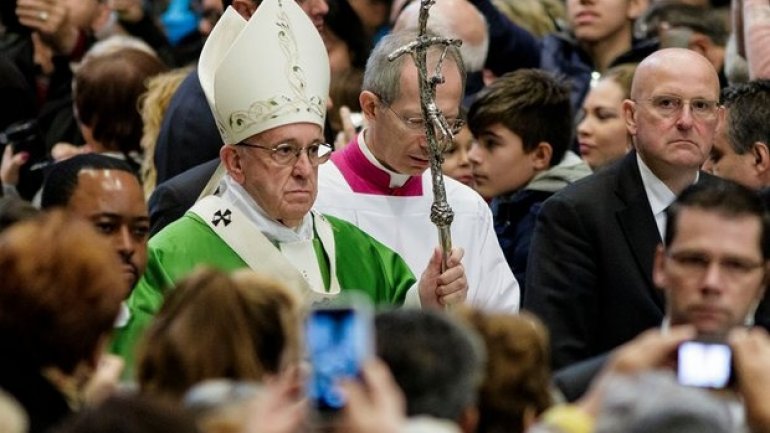 Homeless people received VIP seats to a special mass in St Peter’s Basilica on Sunday, where Pope Francis stressed the need to avoid exclusionary views that reject those in need, reports The Guardian.

Along with cardinals and other prelates dressed in impeccably pressed bright green vestments, homeless people sat near the ornate central altar.

The pope elaborated on his recent comments encouraging policies of social inclusion, at a time when the popularity of politicians who advocate exclusionary policies toward migrants of other religions, races or ethnicities is rising in several developed countries.

“It is ominous that we are growing used to this rejection,” he said. “We should be worried when our consciences are anesthetized and we no longer see the brother or sister suffering at our side, or notice the grave problems in the world, which become a mere refrain familiar from the headlines on the evening news.”

He called it a “symptom of spiritual sclerosis” when people focus on producing goods instead of loving others.

On Saturday night, homeless people were the also guests of honor at a special benefit concert in the Vatican conducted by the composer Ennio Morricone.

Morricone, 88, who won an Oscar this year for his work on The Hateful Eight, premiered a short composition for the event called God, One of Us, and also conducted the orchestra as they played some of his most famous music from films.