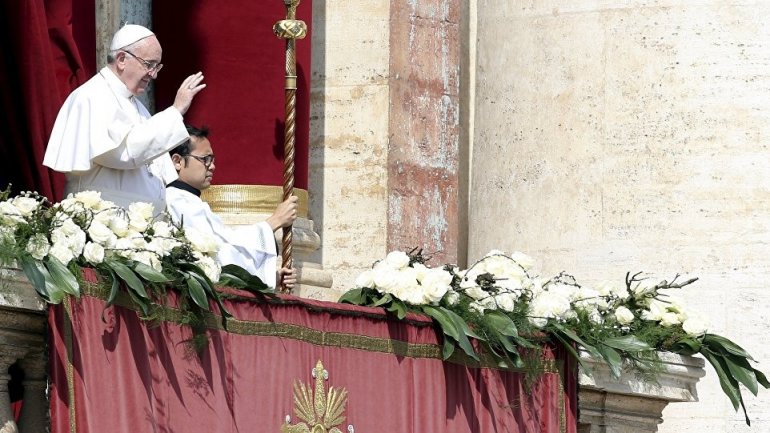 Pope Francis is concerned about the developments in Iraq, especially in Mosul, where civilians, including children, are reported to be killed, reports Sputnik International.

“In these dramatic hours, I am close to the entire population of Iraq, especially that of the city of Mosul … I was saddened to hear news of the killing – in cold blood – of many sons and daughters of that beloved land, including many children: this cruelty makes us weep, leaving us without words,” Pope Francis said, as cited by the Vatican Radio.

Roman Catholic Church Pope Francis called on Iraqi people not to lose hope for the safe future, reconciliation and peace.

On October 17, Iraqi and Kurdish forces, backed by the US-led international coalition, started the military operation to retake Mosul from the Daesh militants. The terrorists  respond with mass killings of civilians. Some 285 men and children had been reportedly executed to the south of Mosul.