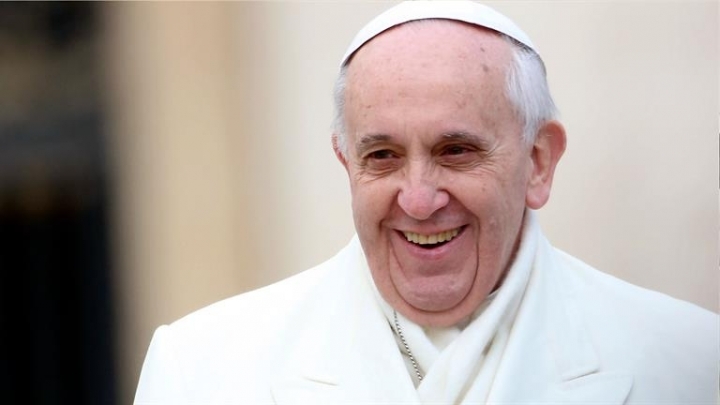 Pope Francis said Sunday that Christians owe apologies to gays and others who have been offended or exploited by the church, remarks that some Catholics hailed as a breakthrough in the church's tone toward homosexuality, reports CNN.

"I repeat what the Catechism of the Catholic Church says: that they must not be discriminated against, that they must be respected and accompanied pastorally," Francis said at a press conference aboard the papal plane returning from Armenia. "The Church must ask forgiveness for not behaving many times -- when I say the Church, I mean Christians! The Church is holy, we are sinners!"

As he often does during unscripted moments - particularly papal news conferences - the Pope spoke expansively, saying the church should seek forgiveness for a number of historical slights committed in its name.

The Rev. James Martin, a Jesuit priest and editor at large of America magazine, called the Pope's apology to gays and lesbians "a groundbreaking moment". "While St. John Paul II apologized to several groups in 2000 - the Jewish people, indigenous peoples, immigrants and women, among them - no pope has ever come close to apologizing to the LGBT community. And the Pope is correct of course. First, because forgiveness is an essential part of the Christian life. And second, because no group feels more marginalized in the church today than LGBT people."

The Pope's comments came in response to a question about a German Cardinal who said the Catholic Church should apologize for being "very negative" about gays. The Pope was also asked, by the same journalist, whether Christians bear some blame for hatred toward the LGBT community, as horrifically demonstrated in the Orlando massacre at a gay night club that killed 49 people on June 12.

Repeating the teaching of the Catechism of the Catholic Church about respecting and not discriminating against gays, Pope Francis said that one could condemn certain behavior.

Francis first uttered that rhetorical question - Who am I to judge gay people? - in 2013, also during a news conference on the papal plane. His comments were hailed as a breakthrough for a church that has historically condemned homosexuality, often in harsh terms. Francis has not changed church doctrine that calls homosexual acts sinful, but he has shown a more merciful approach to people on the margins, including gays and lesbians.

As is often the case, the Pope's press conference encompassed a number of controversial questions. Here are the Pope's answers about Brexit, former Pope Benedict XVI and why he used the word "genocide" to describe the murder of more than 1 million Armenians in the early 20th century.
AFLĂ imediat Știrile Publika.MD. Intră pe Telegram