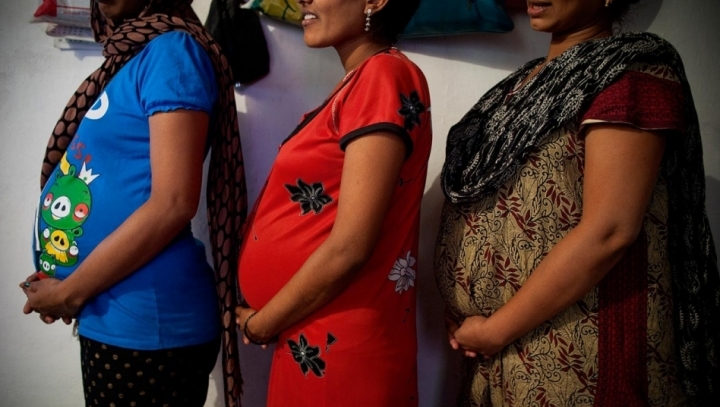 At a hostel for dozens of pregnant women, impoverished widow Sharmila Mackwan weighs up her decision to carry twins for another couple -- her only ticket out of poverty -- as the government moves to close India's multi-million dollar surrogacy industry.

She has left her own children at an orphanage for the whole nine months of her pregnancy because her contract stipulates she has to stay at the housing facility, which is attached to the hospital she will deliver at in western Gujarat state.

She also knows the 400,000 rupees ($6,000) she will eventually earn for safely giving birth to the twins will change her family's fortunes.

But authorities are planning to ban the controversial commercial practice -- dubbed rent-a-womb -- due to concerns women are being exploited.

"Surrogacy should stay as otherwise I would have never been able to save so much money even if I had slogged all my life," said Mackwan, who plans to use the money to send her sons, aged 9 and 12, to school and to build a small house.

"I am quite scared as I am carrying twins for the first time. But what can I do? I am just hoping God will take care of me," the 31-year-old added, as she eased into a chair at the hostel's dormitory, where some 60 women sleep in beds side by side in spacious rooms.

Mackwan, who is four months' pregnant, is among about 2,000 mainly poor Indian women who earn a relative fortune every year carrying babies for others.

After opening up to surrogacy in 2002, India became a world leader in the multi-million dollar industry, with hundreds of foreign couples flocking for cheap and safe services.