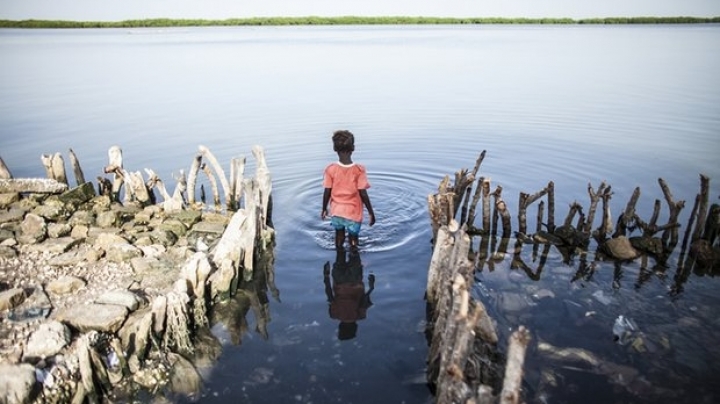 UN back-slapping for the record speed at which the Paris agreement on climate change has been ratified this week has been tempered by the reality that the new treaty will not stop catastrophic warming as it stands, and that the money so far pledged by rich countries is nowhere near enough to allow developing countries to adapt to expected sea level rises and more extreme weather, The Guardian informs.

The agreement, which will come into force on 4 November, is hoped to hold temperatures to a maximum 2C rise, and for the first time commits both rich and poor countries to reduce greenhouse gas emissions.

The world’s 48 least developed countries (LDCs), which unanimously pressed for a global commitment to a 1.5C warmer world in Paris, said this week that they welcomed the ratification of the agreement, but warned that the rich must act urgently.

“Now we need to now turn our words into action. Without action, the Paris agreement will just be a piece of paper,” said Hilda Heine, president of the Marshall Islands. “We need to see finance quickly flow to those who need it most so we can all implement our own ambitious plans to reduce emissions. Without [that] there is no way we will be able to stay within 1.5 degrees.”

Developing countries played a major role in Paris even though they have been barely responsible for historic global warming. China committed to peaking its emissions and obtaining 20% of all its energy from non-fossil sources by 2030, Brazil to cutting emissions by 37% and India plans to triple its renewable energy capacity by 2022.

The LDCs also committed to make major changes in the way they develop. Ethiopia and many other African countries said they planned to vastly expand wind, solar and hydro power, and to reforest large areas.

“All of us – governments, experts and civil society – need to work together, collaboratively, if we’re to make a true difference,” she added.

Rich countries have a bad record on meeting their climate pledges to the most vulnerable countries. Oxfam has estimated that in 2014 just 16% of total climate finance was channelled towards poorer countries.